Stirling & Clackmannanshire: About 3 miles north-west of Alloa, on minor road south of A91, north of River Devon, in Menstrie. 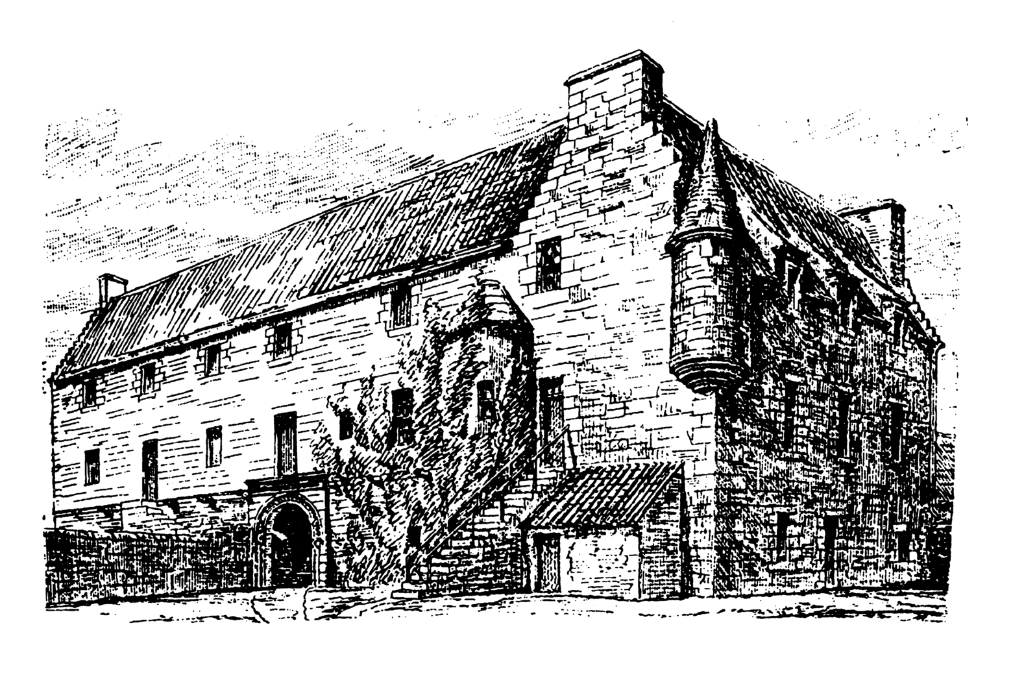 Menstrie Castle consists of a small 16th-century L-plan tower house of two storeys and an attic, the wing of which was later greatly extended into a long block. The gables are corbiestepped, and a bartizan, with gunloops, crowns one corner. Another range was added, forming three sides of a courtyard, the last side being completed by a wall. The curtain wall, and ranges of outbuildings, have been demolished.
The entrance to the tower leads through a pend or passage, with stone benches, to the vaulted basement. The tower has been altered inside.
Menstrie was a property of the Alexander family from around 1481. One of the family, Sir William Alexander, was born in 1575 and was made Earl of Stirling. The family owned what is now known as Argyll’s Lodging in Stirling. He was the founder of Nova Scotia, was made Viscount Canada, although he was later ruined and died bankrupt. The castle was burned by the Marquis of Montrose in 1645 because the family supported the Campbell Earl of Argyll. The Holbournes acquired Menstrie in 1649, one of whom was General James Holbourne, who fought against Cromwell at the Battle of Dunbar in 1650. The property was sold to the Abercrombies in 1719. Alexander Abercrombie was a committed Hanoverian.
The castle was saved from demolition in the 1950s, and stands in a housing estate. There is a museum about Sir William, and the Nova Scotia baronetcies.