Newark Castle is a substantial and fascinating old tower house with many rooms to explore and some original internal features, long held by the turbulent Maxwells, and standing by the banks of the River Clyde near Port Glasgow in Renfrewshire in western Scotland. 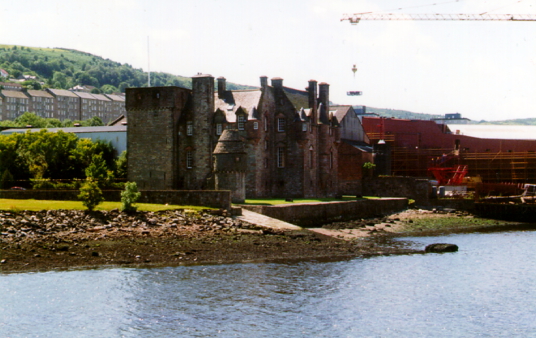 Renfrewshire: In Port Glasgow, on minor roads just north of A8, on south shore of River Clyde, at Newark Castle. 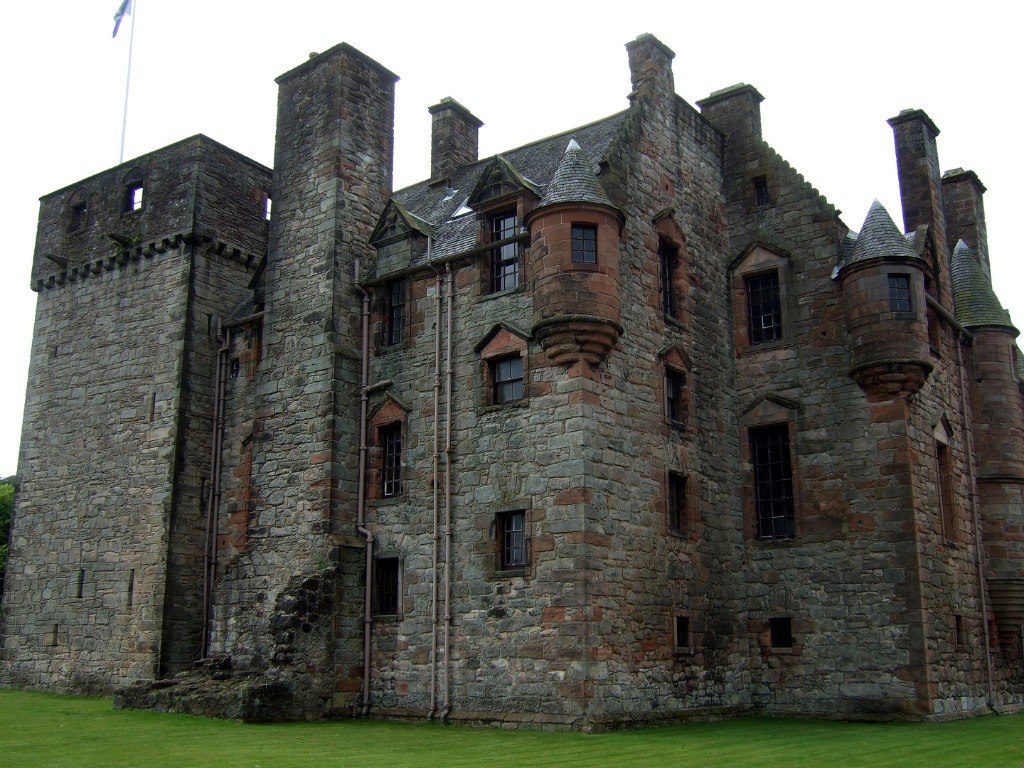 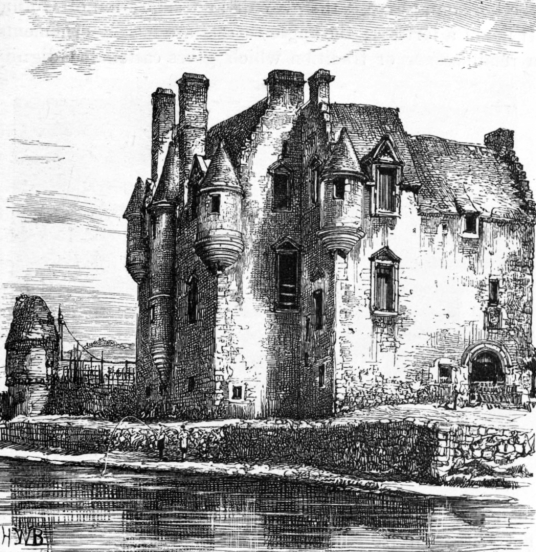 Standing on the shore of the Clyde, Newark Castle is a solid and impressive building. It consists of a much-extended simple square 15th-century tower, to which was added a 16th-century gatehouse block and a large late 16th-century range, to form three sides of a courtyard. The remaining side was formerly completed by a wall.
The old tower rises to four storeys, the top storey being built from the original parapet. The windows of the tower have been enlarged. 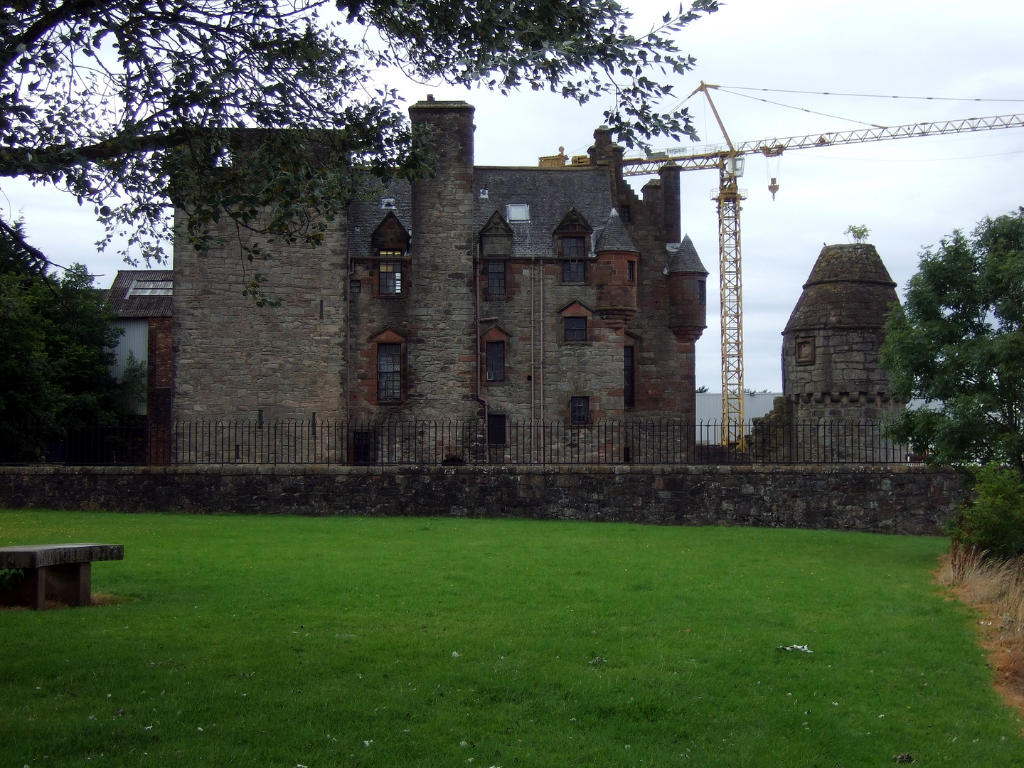 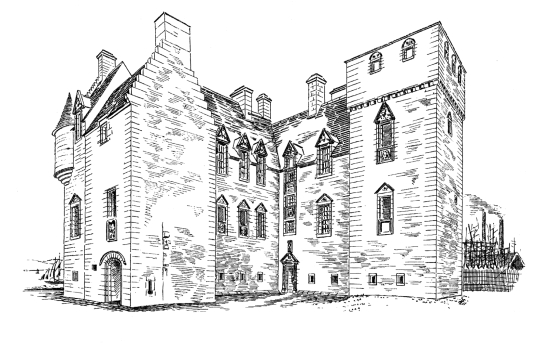 The later large range has bartizans at the corners, and the walls are pierced by gunloops. A semi-circular stair-tower, with a conical roof, is corbelled out above first-floor level. This building is dated 1597. 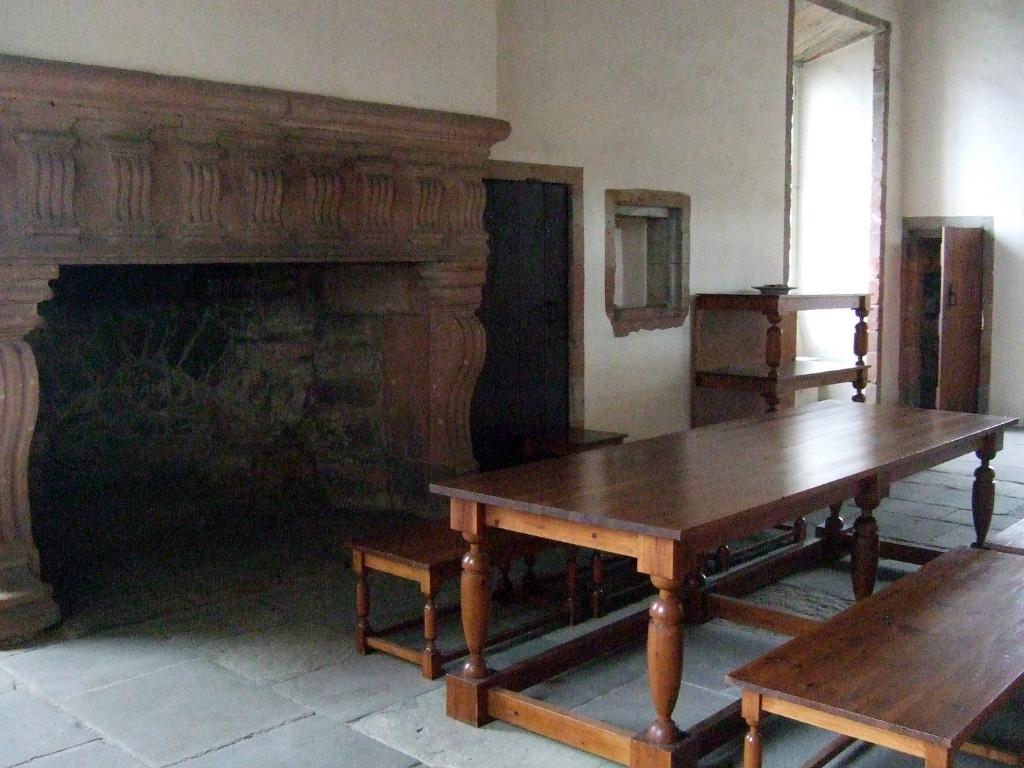 The basement is vaulted and contains a kitchen, with a wide fireplace, a cellar, and a wine-cellar with a small stair to the hall above. The hall, on the first floor and reached by the main stair, has a richly decorated fireplace. The second storey contains a gallery, and painted beams survive in two of the chambers on the first floor, revealed in 1941. One of the chambers has an original door and fitted wooded cupboards. 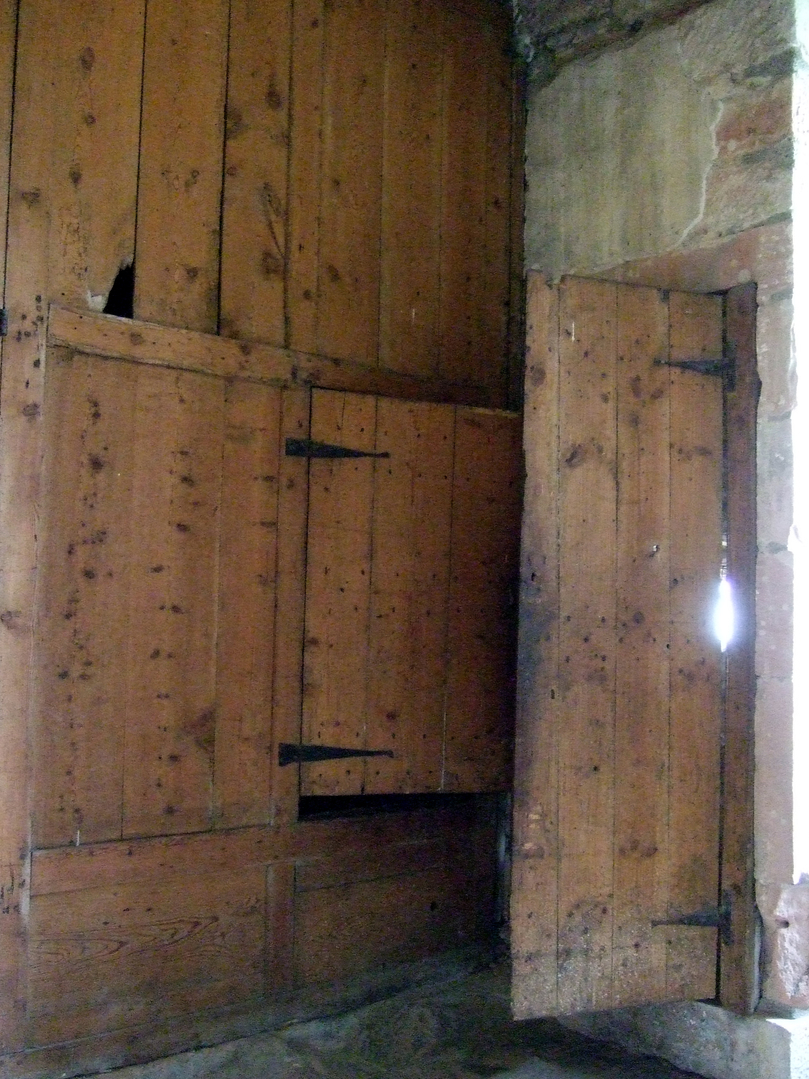 Newark does not appear to be marked on Pont, but is shown on Blaeu’s map of Renfrew.
Newark was originally a property of the Dennistouns or Danielstouns, but passed by marriage to the Maxwells of Calderwood in 1402, who built the castle. James IV was a frequent visitor when prosecuting his campaign against the Lords of the Isles. 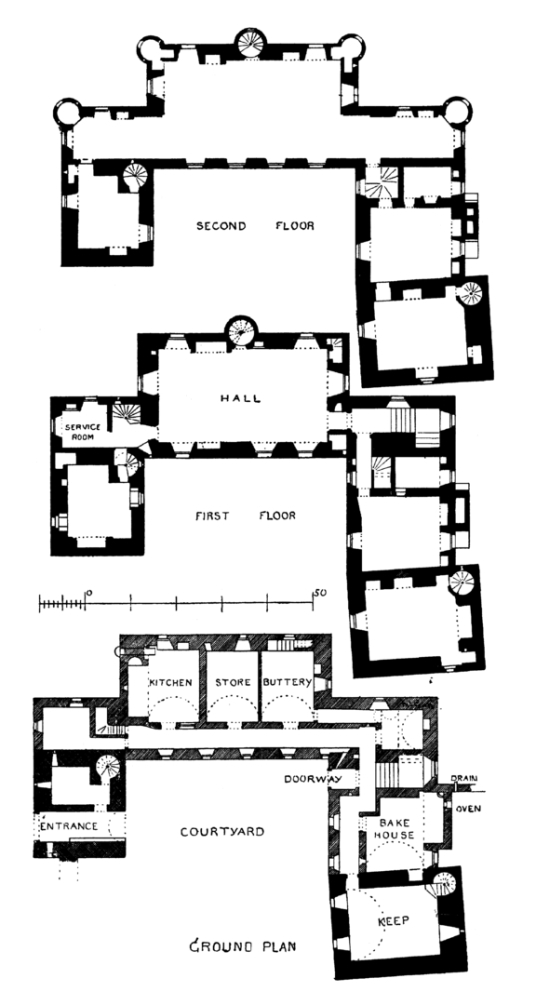 One of the family, Patrick Maxwell, was involved in the murders of Patrick Maxwell of Stanely and Hugh Montgomery, 4th Earl of Eglinton, in 1584 and 1586 respectively, during a series of feuds, and the slaying of Robert Montgomery of Skelmorlie. He was married for some 44 years and had 16 children, although he beat and so mistreated his wife, Margaret Crawford, that she left him. 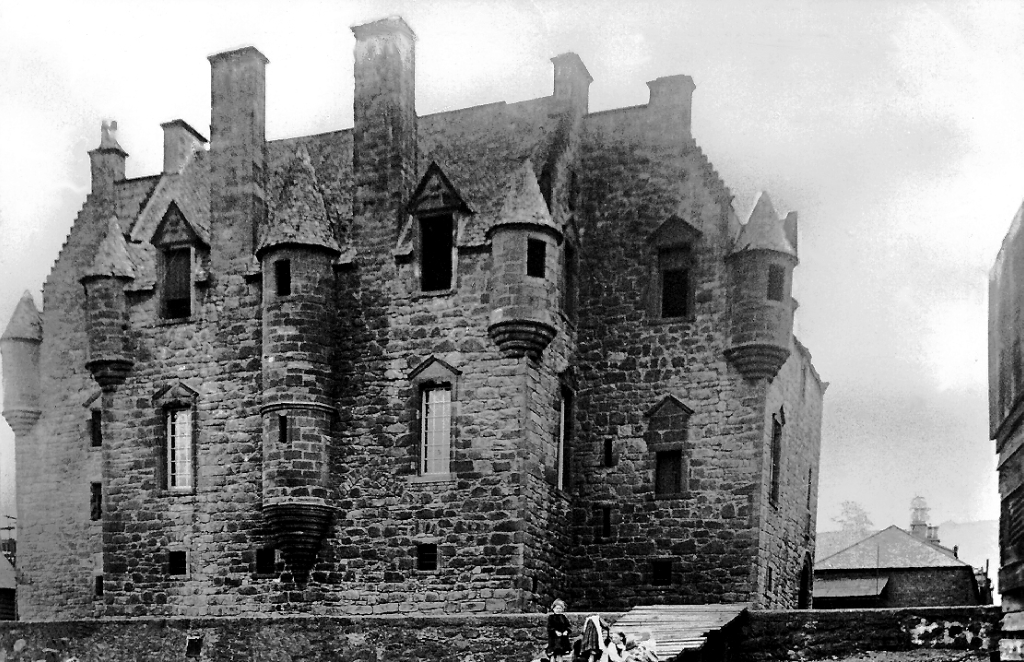 In 1668 another Patrick Maxwell sold lands to the city of Glasgow so that a new port could be built, the name being changed from Newark to Port Glasgow. Sir Patrick Maxwell of Newark had a ratification of 1672 which mentions the tower and fortalice of Newark. 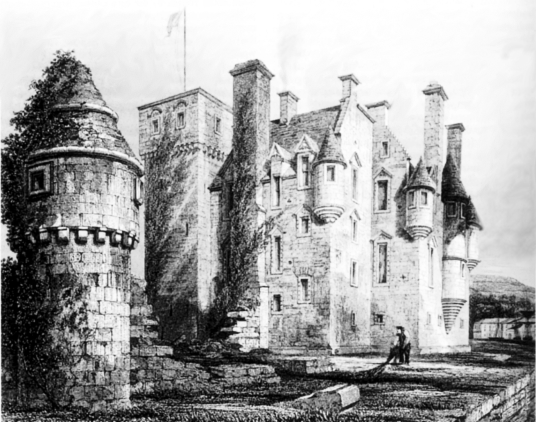 The property passed to the Shaw Stewarts, and the castle was abandoned as their residence early in the 18th century. It was occupied by poorer folk, but was handed over into State care in 1909 and partly restored. It is now managed by HES. 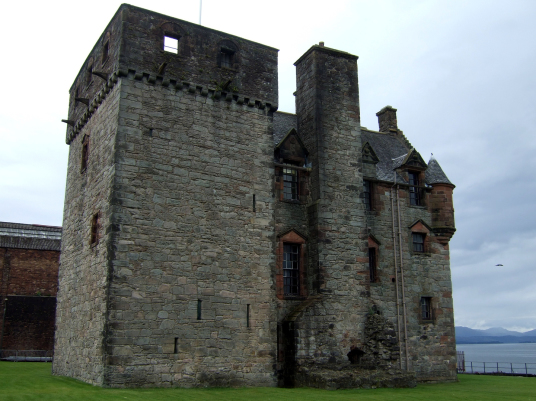 There are stories that the castle is haunted, reputedly by a blonde-haired woman seen in a red frock. This has been identified by some as the bogle of Margaret Crawford.