Lothians: Just north-west of Aberlady, on minor road west from A198 north of junction with A6137, near shore of Aberlady Bay, Glebe Field, south of Kilspindie, at Kilspindie Castle. 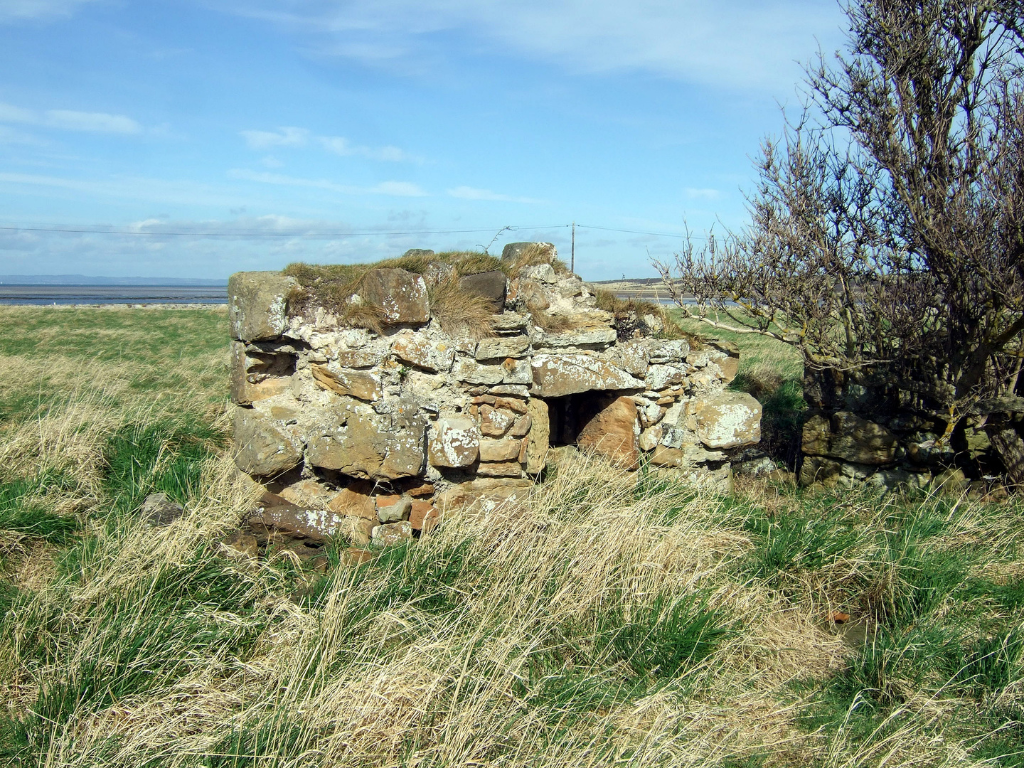 Virtually nothing remains of a 16th-century tower house, except some of the basement with a entrance and gunloop. An iron-studded door from here is now at Luffness. 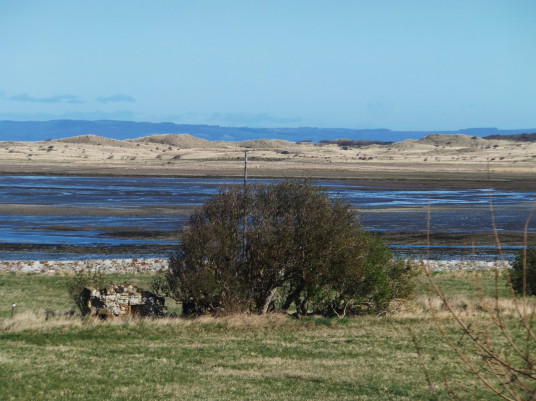 There is evidence of early settlement in the field in which the ruin stands. The lands were originally held by the Spences, but passed with Aberlady to the Douglas Earl of Angus around the beginning of the 16th century. Apparently Spence of Kilspindie had feuded with Archibald, 5th Earl of Angus, or perhaps with Greysteil mentioned below, that resulted in Spence losing his leg to Angus’s sword.

The castle may have been destroyed in the 1540s during fighting with the English, and Patrick Douglas of Kilspindie built the castle, tower and fortalice, that is mentioned in a ratification of 1612. 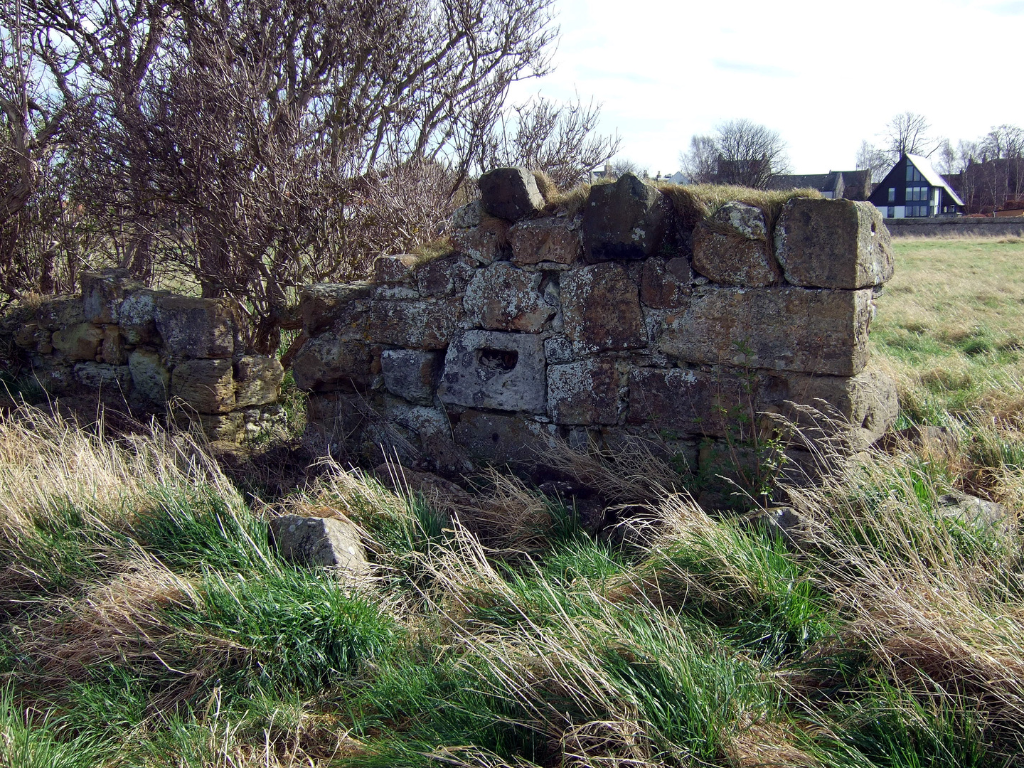 The property went to the Hays in 1621 after being held by the Protestant Bishops of Dunkeld, and they may have rebuilt or remodelled the castle. Kilspindie went to the Fletchers of Saltoun in 1669. The lands and links of Aberlady are mentioned in a ratification of 1672 for Fletcher, with the castle, tower and fortalices thereof. The castle, however, was probably demolished by 1700 (perhaps later) and little now remains. It does, however, appear to be marked on Adair’s map of East Lothian, although un-named, shown in a wooded emclosure. 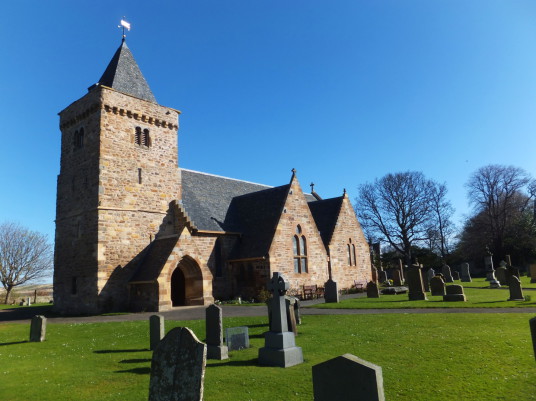 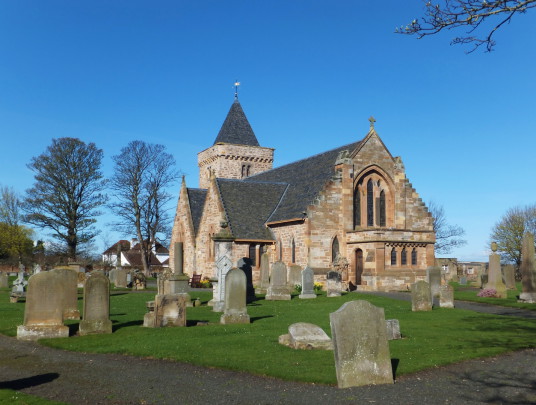 Aberlady Parish Church [NT 461798], nearby on Main Street, is an imposing building, with an interesting burial ground with many elaborate old carved memorials. The tower has a corbelled out parapet and dates from the 15th century, and one storey was used as a doocot at one time. There are burial enclosures for the Hopes of Luffness and the Earls of Wemyss. The church was rebuilt at the end of the 18th century as a large box-like edifice, but was rebuilt and lowered in 1887 by Francis, 9th Earl of Wemyss (also see Gosford House) and the building has an attractive and tranquil arts and crafts interior. 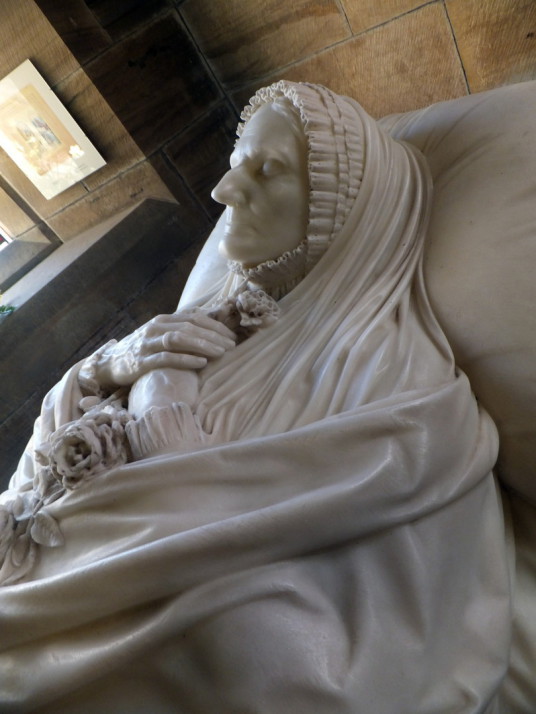 Apart, that is, from the beautifully executed but slightly sinister full-size effigy in white marble of Louisa Bingham, wife of Francis, 9th Earl of Wemyss, by John Rhind also in 1887. There is a replica of a fragment of a carved cross dating from the 8th century and found in the grounds of the adjacent former manse (the original is in the Museum of Scotland). 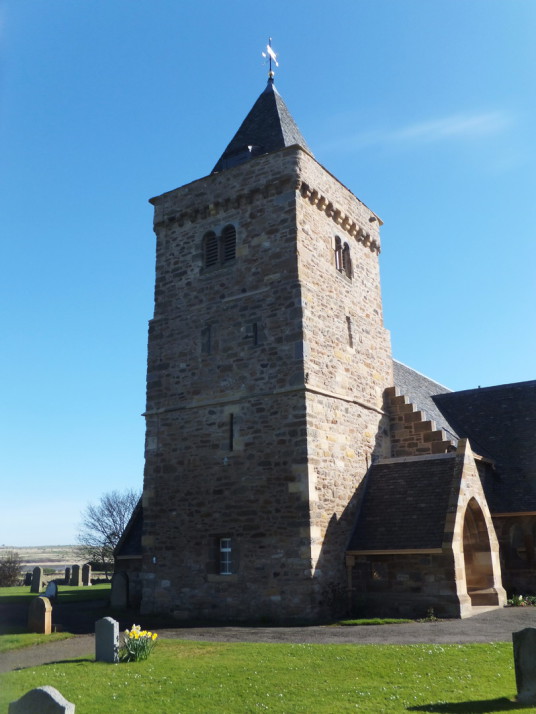 Aberlady is a pretty place with the village cross on the High Street, many attractive old cottages and houses, and two hotels and restaurants, Ducks Inn and the Old Aberlady Inn. There is a walk to the remains of the priory at Luffness.

The Custom House [NT 457803], a plain building of two storeys, dates from the late 18th century with later work. It was used as a customs house and warehouse for the haven at Aberlady, but was later converted to house fisherman.