Galloway: About 5 miles south-west of Gatehouse of Fleet, on minor roads north of A75, just south of Barholm, about 0.25 miles from the shore of Wigtown Bay. 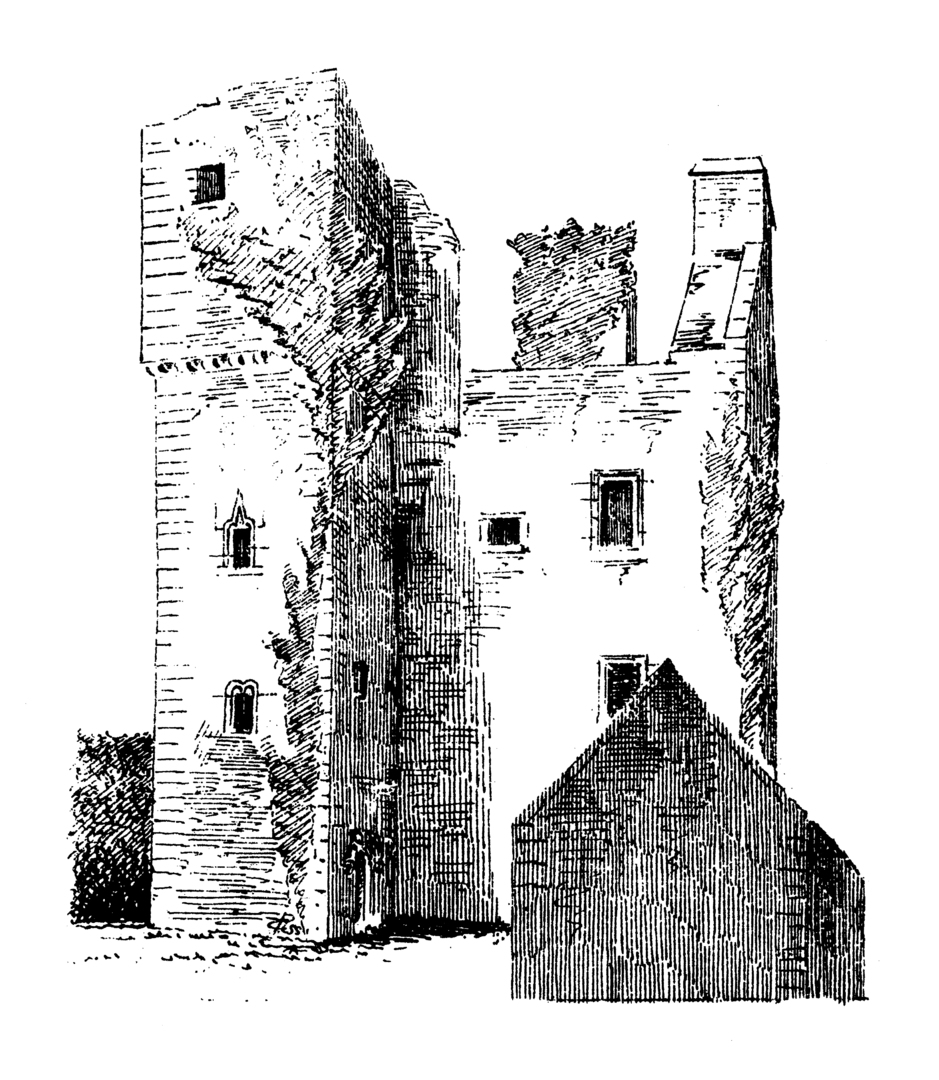 Barholm Castle is a fine 16th-century L-plan tower house of three storeys, incorporating earlier work. It consists of a main block and a small but higher wing, which is crowned by a caphouse. The windows and doorway have fine mouldings.
The entrance leads to the vaulted basement, and to a wide turnpike stair, which rises to parapet level.
‘Barhoom’ is marked on Blaeu’s map of the middle part of Galloway in a small park.
This was a property of the MacCullochs. John Knox stayed at Barholm before fleeing to the continent. In 1579 John Brown of Carsluith was called to account for the murder of James MacCulloch of Barholm. The MacCullochs were committed Covenanters. Major John MacCulloch of Barholm was executed for his part in the Pentland Rising, and subsequent Battle of Rullion Green, in 1666. The MacCullochs occupied the castle until the middle of the 18th century. Barholm House [NX 471591] was built in 1790, possibly to the designs of Robert Adam, but was demolished about 1958.
The castle has been restored, and has been harled and whitewashed, perhaps to some tastes a little too crisply, and is occupied. The property was up for sale in March 2015 for offers over £695,000.