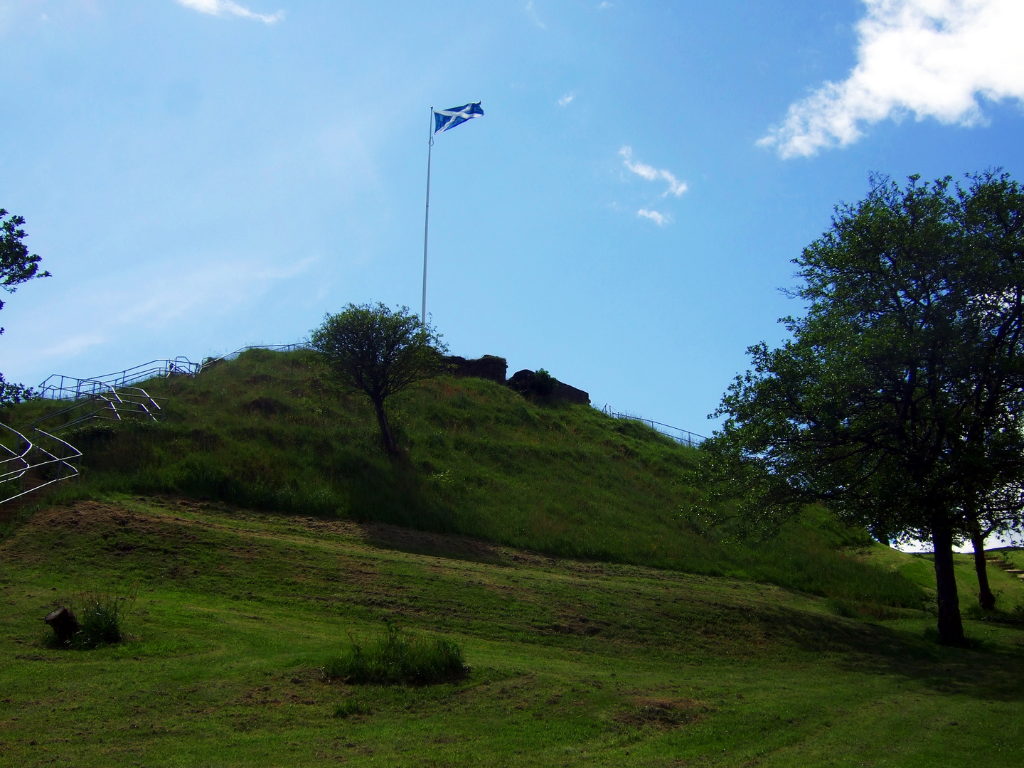 Little remains of Dunoon Castle, once an important stronghold, except foundations on top of a small hill. The castle is said to date from the 11th century, although there may have been an even earlier stronghold here, and the castle once had three towers and also occupied much of the gardens.
‘Dunuyn Cast.’ is marked on Pont’s map of Mid Argyll. 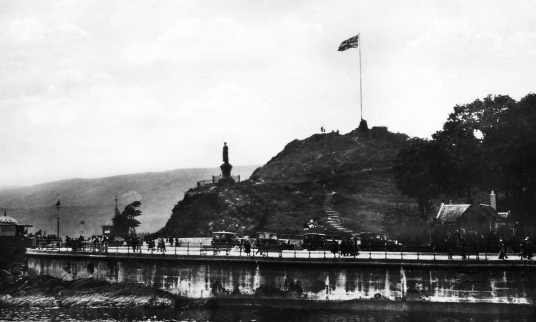 The castle was captured by Edward Balliol and the English in 1334, but was recovered by the Scots soon afterwards. Dunoon was later a Stewart property, and was held by the Campbell Earls of Argyll from 1471. The town was burnt by the Earl of Lennox for the English in 1544, but the castle remained in Scottish hands. Mary, Queen of Scots, visited in 1563. 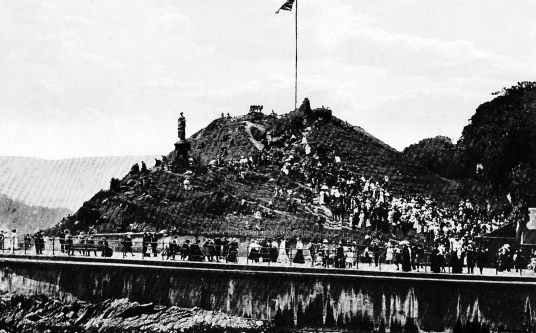 In 1646 the Campbells massacred the Lamonts at Dunoon after a raid on Lamont territories following the burning of Kilmun Church by the Lamonts. The Campbells burnt and pillaged Toward and Asgog Castles, and took several hundred prisoners, murdering most of them but taking the rest back to Dunoon, where 36 were hanged from one tree alone. See the entry for Toward for more information about the massacre. 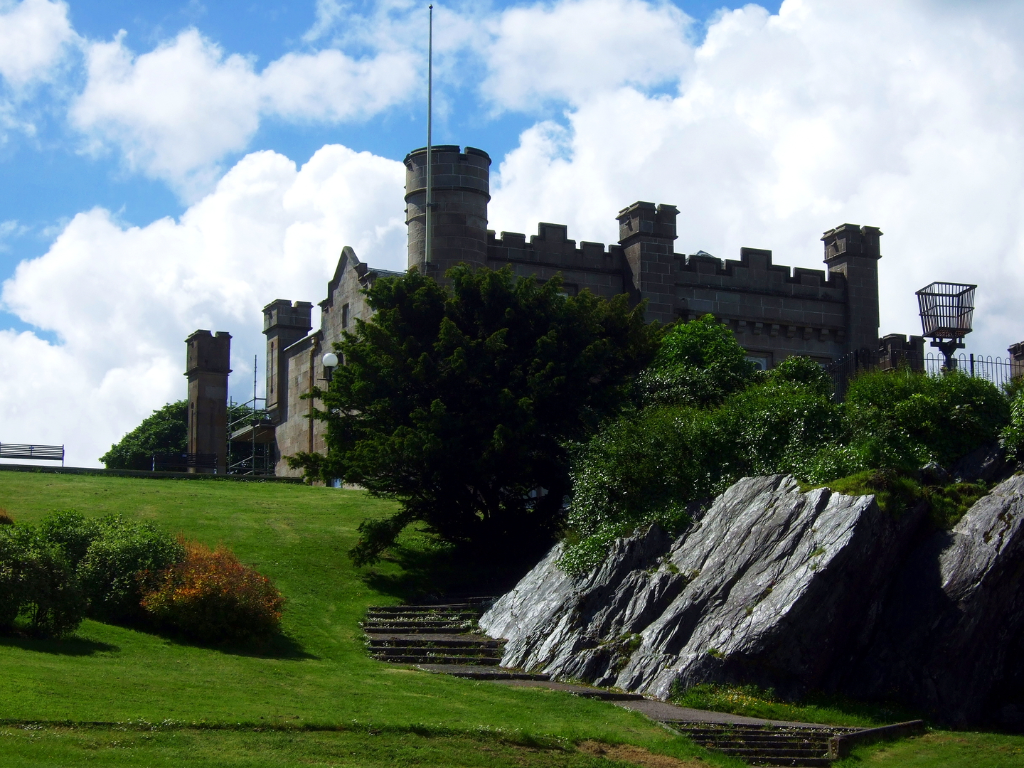 Dunoon Castle was abandoned in the 1650s, and little remained by the 19th century, the ruins being plundered for materials to build nearby Castle House. This is a fine baronial mansion, built by James Ewing, Lord Provost of Glasgow, in 1824 after he bought the site of the old castle, and how houses a museum. 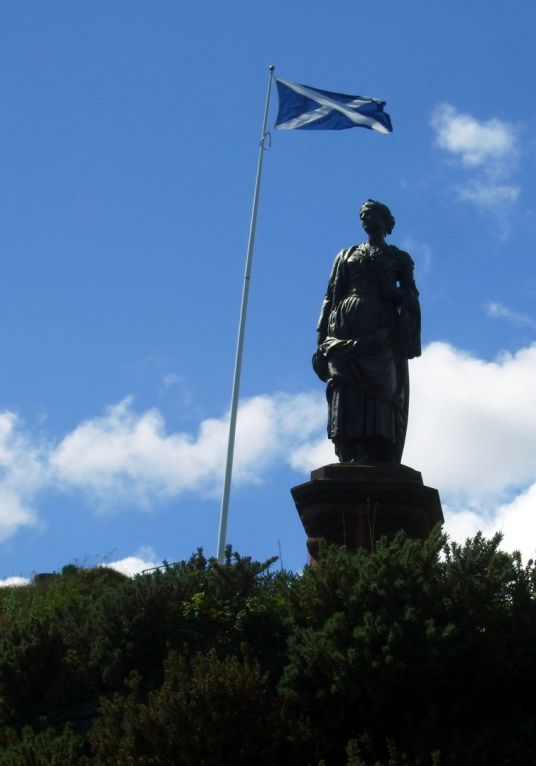 The castle site is a public park and there is a large statue of Robert Burns’s ‘Highland Mary’. The statue is to commemorate Mary Campbell, who was born near Dunoon. She became involved with Robert Burns and he wrote poems about her, including 'Highland Mary', 'The Highland Lassie O' and 'To Mary in Heaven'. They may have had an affair but she died at the age of 23 in 1786, probably from nursing her brother who had typhus, although speculation is that she was pregnant. Mary was buried at Greenock, and the statue at Dunoon was erected in 1896.
There was a bishop’s palace in Dunoon [NS 173765] in 1479, the site occupied by a school playground.