Ayrshire: About 4 miles south of Kilmarnock, on minor road north of B730 1 mile east of junction with A77, just east of Craigie Mains. 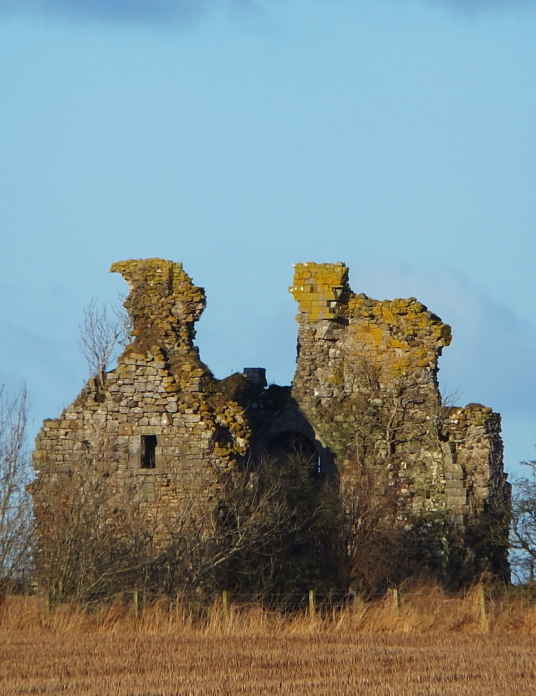 Standing on a ridge, Craigie Castle consists of the ruins of a 13th-century groin-vaulted hall house and later castle. The hall house was vaulted in the 15th century, and remodelled into a tower house with ranges of outbuildings. The castle had two courtyards, and was defended by ditches. 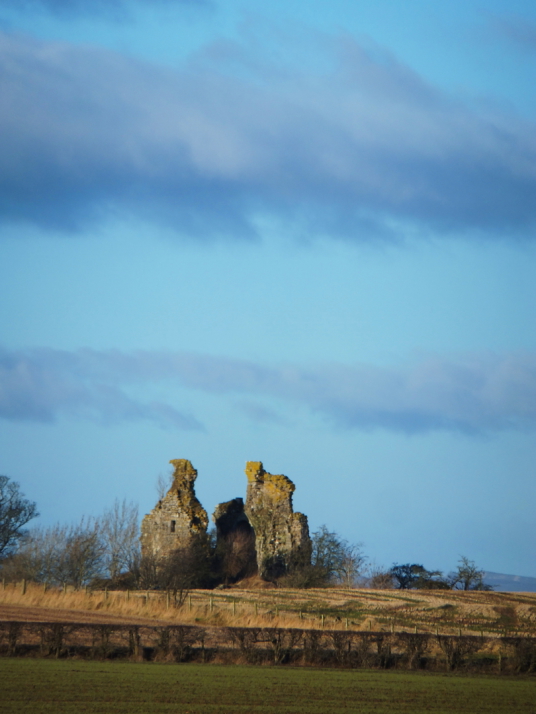 The groin-vaulted hall was once a fine chamber, and there is a carved panel from the castle at Craigie Mains Farm [NS 406317].
‘Kragy Cast.’ is prominently marked and depicted as a castle with two towers in a large enclosed and wooded park. 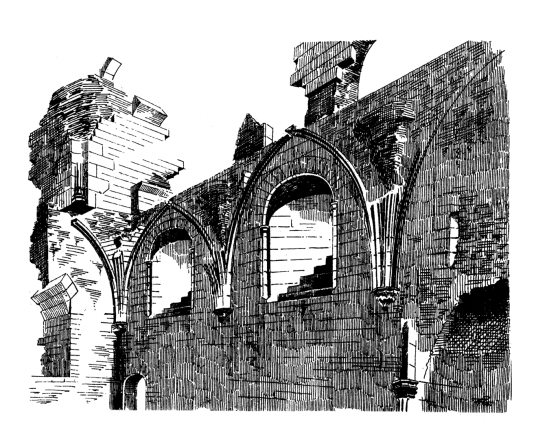 The lands were held by a Walter Hose around 1150, but the original castle was probably built by the Lindsay family between 1230-40. The property was held by the Craigies when it passed by marriage to the Wallaces of Riccarton in 1371, who had Blind Harry collect together stories and compile a poem about William Wallace, the famous freedom fighter. William Wallace of Craigie is on record in 1464. 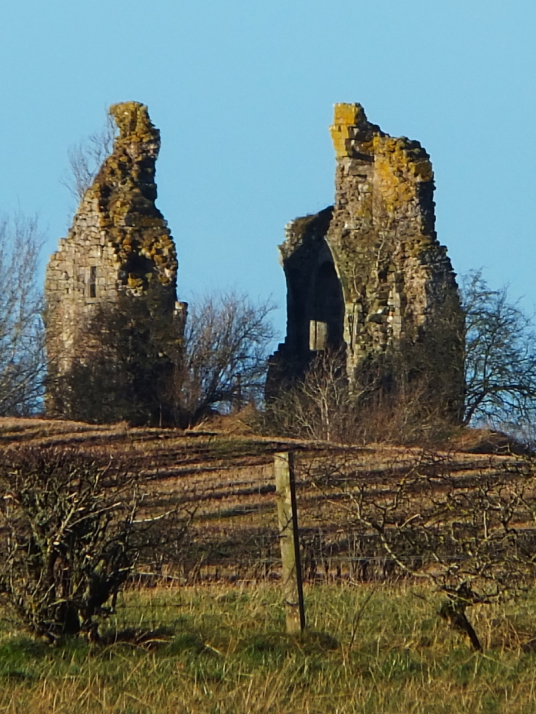 The castle was abandoned about 1600 when the Wallaces moved to Newton upon Ayr (Newton Castle and Craigie House). Hugh Wallace of Craigie was made a baronet of Nova Scotia in 1669. The property passed by marriage to the Dunlops and was sold in 1783.