Angus & Dundee: To west of Arbroath, on minor roads north of A92 or east of A933, at Hospitalfield. 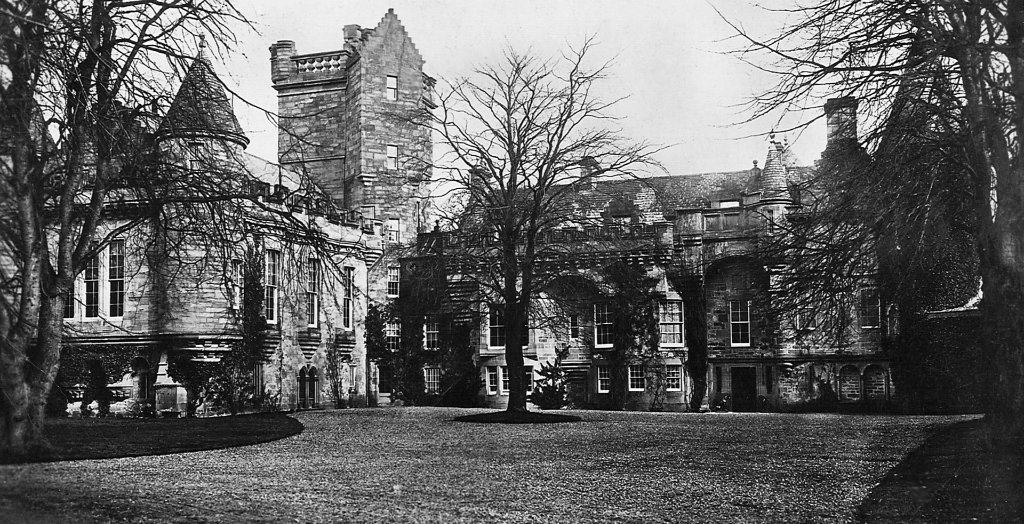 Hospitalfield House is a substantial baronial mansion of two and three storeys, with towers, turrets, corbelling and Gothic flourishes, and dates mostly from the 19th century. The building incorporates medieval fragments from the 13th-century hospital of Arbroath Abbey and the chapel of St John the Baptist, as well as 17th-century work.
There is a rectangular doocot [NO 623406], which dates from the 17th century.
The place is not marked on Pont.
This was a property of the Auchterlony family in 1644 when John Auchterlony of Hospitalfield is mentioned, but was sold to the Frasers in the 1660s. Sir Walter Scott used the house as Monkbarns in The Antiquary. The present house was built by Patrick Allan-Fraser, an artist who married Elizabeth Fraser, heiress to the lands, and theirs was a devoted relationship. She died in 1873, and he was later President of the British Academy of Art. The house has been used as an arts centre since his death in 1890.