Galloway: About 2 miles north-east of Glenluce, on minor road north of A75, south side of Carscreugh Fell, just west of Carscreugh. 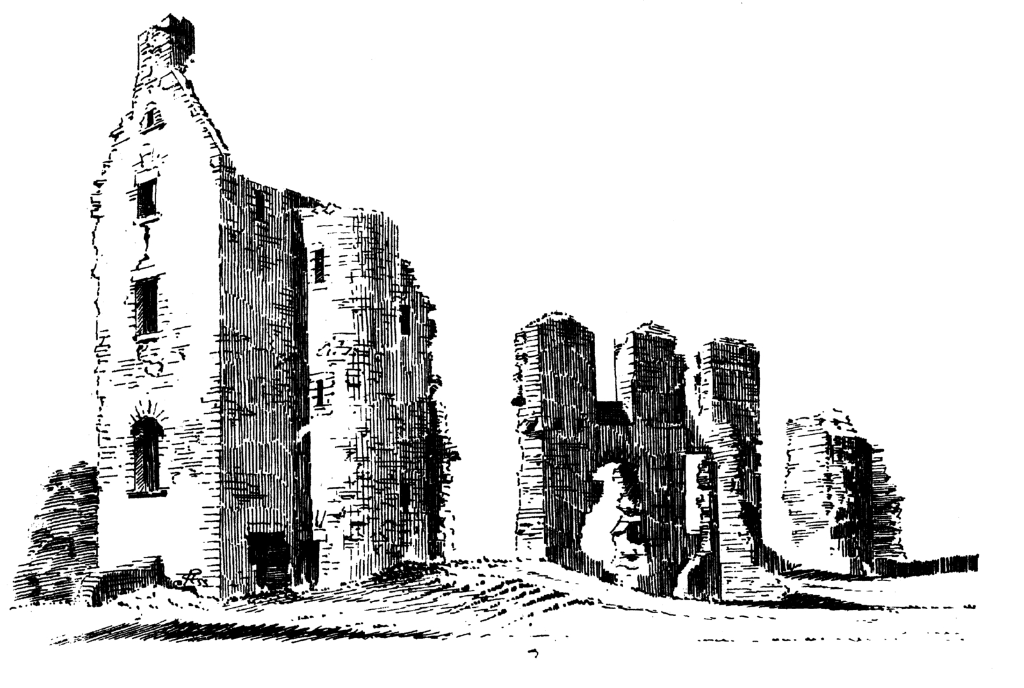 Carscreugh Castle, a ruined late 17th-century mansion formerly of four storeys, incorporated a 17th-century tower house, with later square wings. Some of the wings survive but the central block has mostly gone.
‘Karskeroch’ is prominently marked on Blaeu’s map of Wigtown.
The property passed from the Vaux family to Ross of Balneil, and then by marriage to James Dalrymple, Lord Stair, who built the mansion. It was probably abandoned by 1695 when the family moved to Lochinch Castle (see Castle Kennedy).
One story is that Janet Dalrymple of Carscreugh was forced to marry Sir David Dunbar of Baldoon, although she was in love with another man. Janet died at Baldoon Castle on her wedding night, although the circumstances surrounding her death are unclear. Her ghost, in a bloodied wedding dress, is said to haunt the ruins of Baldoon. The story was used by Walter Scott in The Bride of Lammermuir.