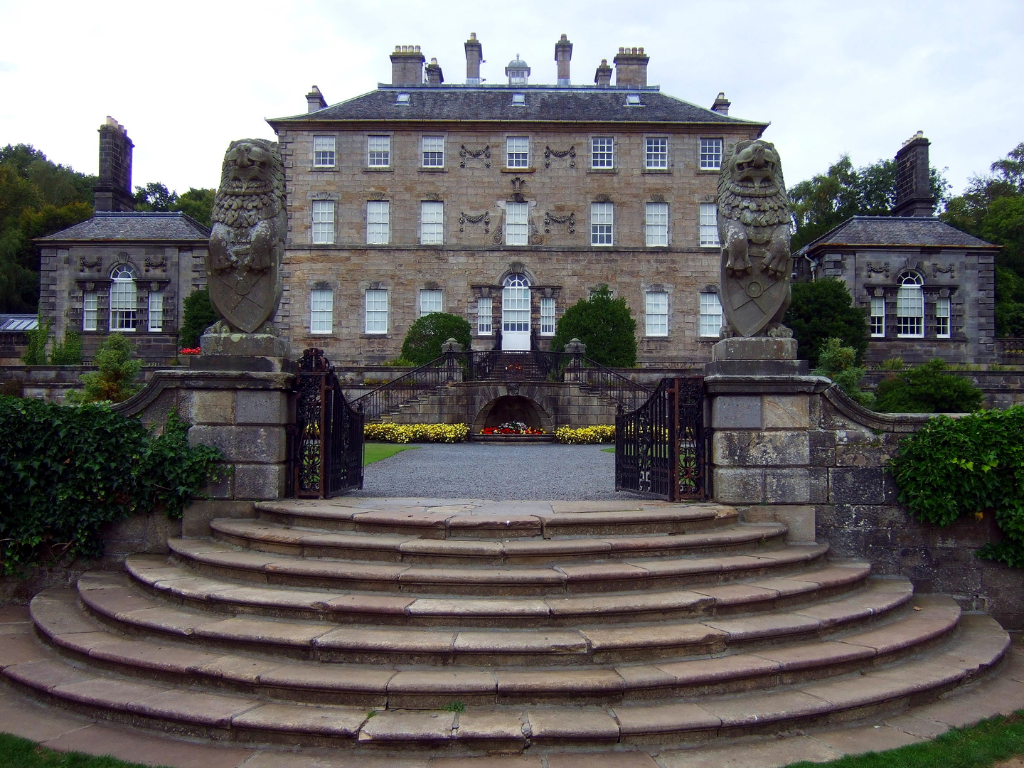 Site of castle, with a ditch and drawbridge, a vestige of which remains with a garden wall, close to the stable yard. The impressive classical mansion of three storeys with lower flanking wings, first built about 1750, was remodelled and extended by the architect Sir Robert Rowand Anderson in 1890 with a new porch. There is a lavish interior. 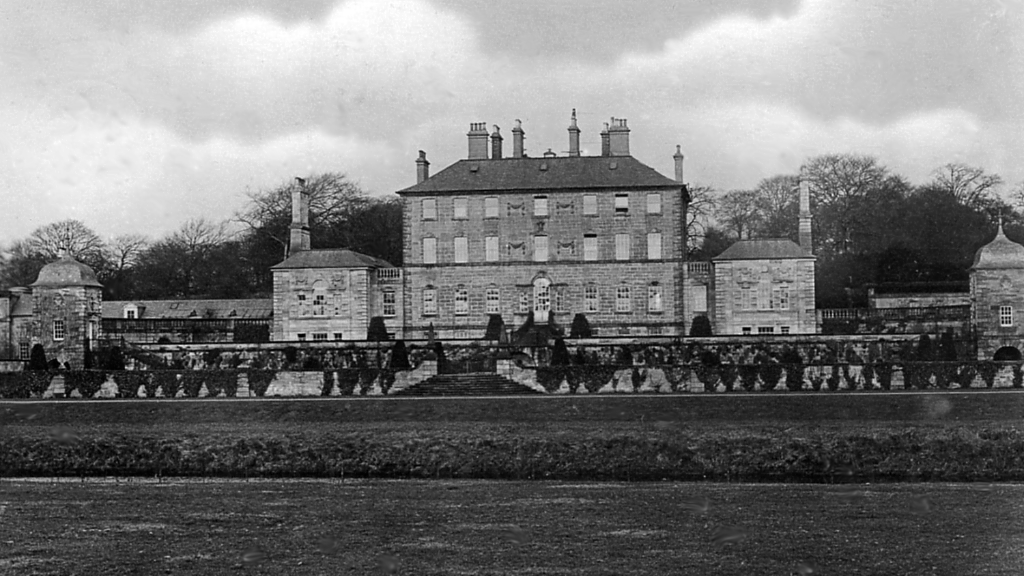 This was a property of the Pollocks (or Polloks), but passed by marriage to the Maxwells in the mid 13th century and they held it for some 600 years. The Maxwells abandoned the site in favour of their new castle at Haggs in 1585, but returned in 1753 when Pollok House was completed. 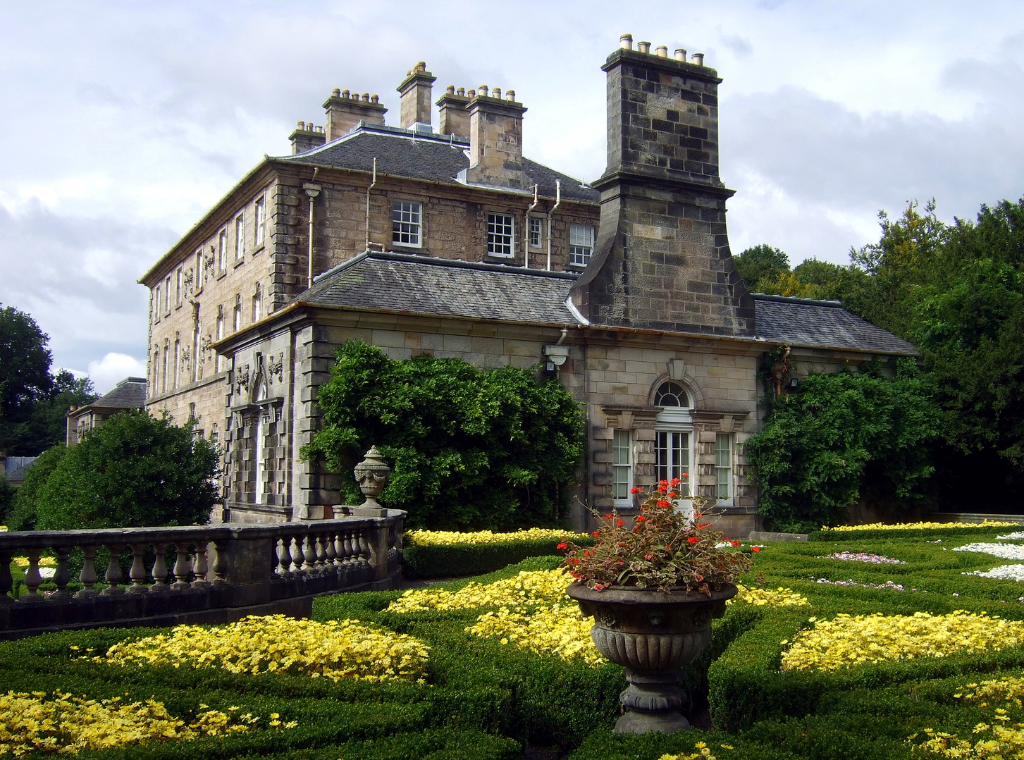 In 1676 Sir George Maxwell of Pollok took part in a witch trial in Gourock. Shortly afterwards he believed himself bewitched, suffering a ‘hot and fiery distemper’. A local dumb girl disclosed that his effigies would be found stuck with pins at the house of Janet Mathie, widow to the miller of Shaw Mill. Janet, her son John Stewart, her daughter Annabel, and another three women were tried in Paisley in 1677. Annabel was only 14-years old and was released, the others were burned at the stake. Sir George recovered, but lived for only a few short months. Janet Douglas, the dumb informant, recovered her speech. 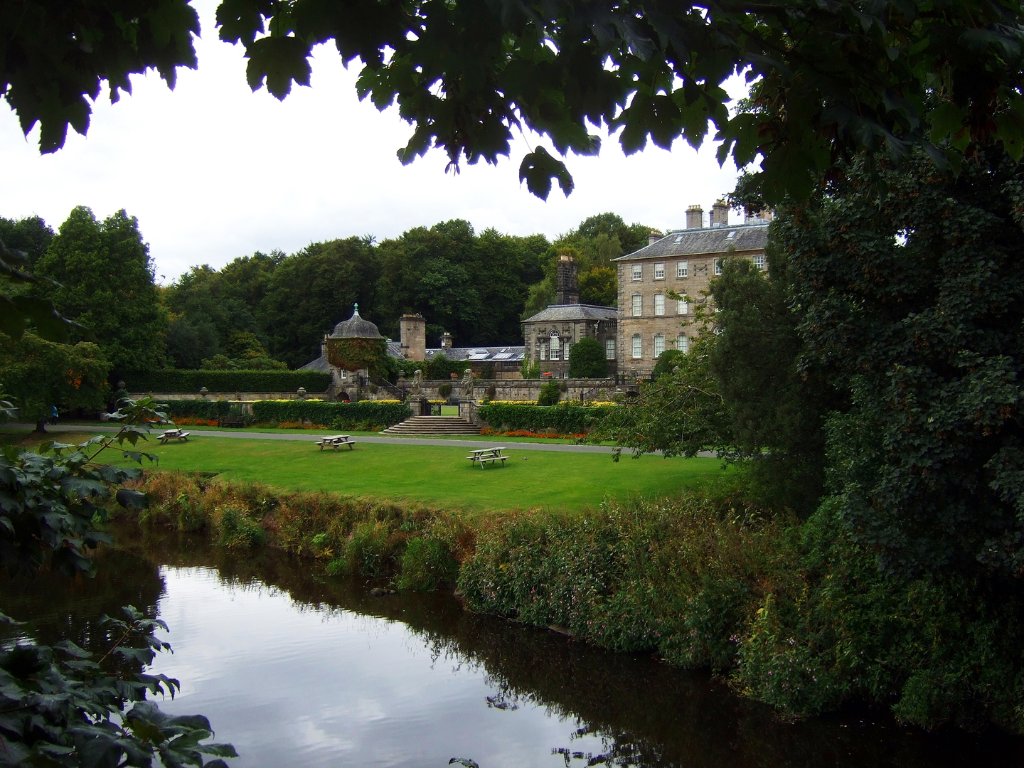 The story has been dramatised for the stage. George’s son died childless and the estate was inherited by his cousin, Maxwell of Blawarthill. The house was used as a hospital during World War I. 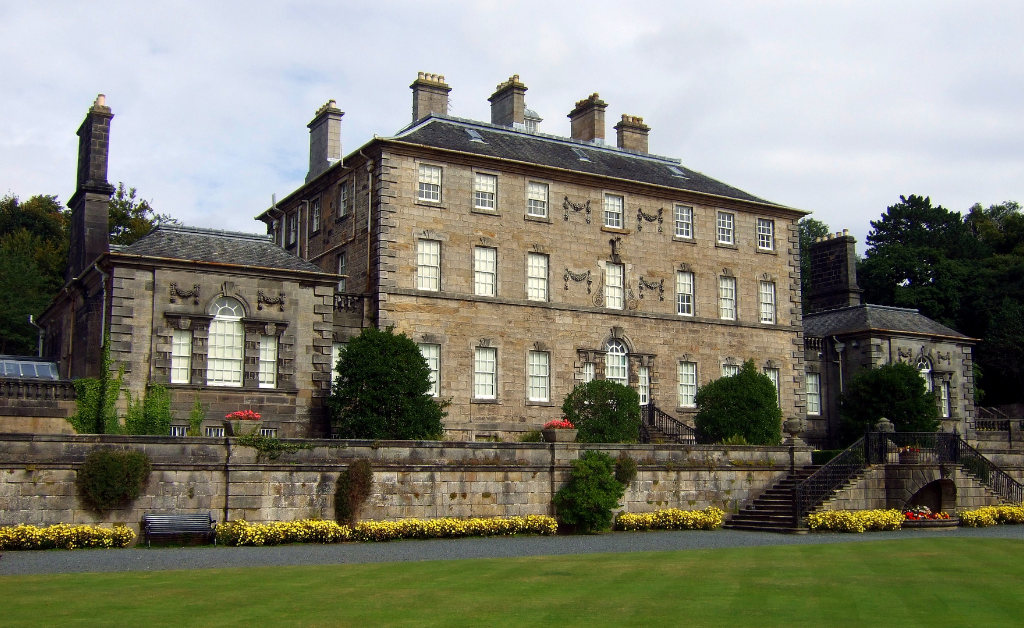 Pollok was gifted to the City of Glasgow in 1966, and the Burrell Collection is situated within the grounds. The house is home to the Stirling Maxwell collection of Spanish and European paintings, including works by El Greco, Goya and Murillo. There is a hand-made model of Crookston Castle, carved from a branch of the Crookston Yew under which Mary, Queen of Scots, is said to have pledged her troth to Henry Stewart, Lord Darnley. 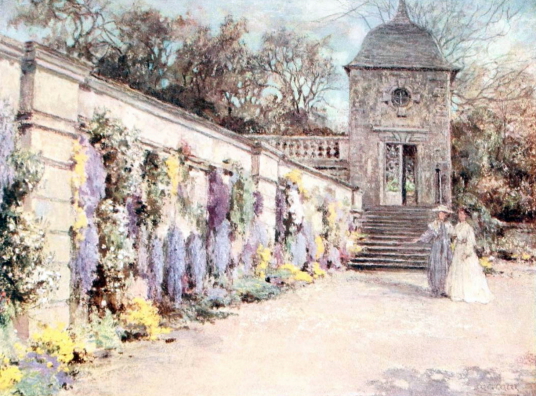 The house stands in a country park with rhododendrons, magnolias, prunus, azaleas, Japanese maples and fine woodland and shrubbery. The famous Burrell Collection is situated within the park and displays a fraction of Sir William Burrell’s collection of artwork, armour, weaponry and other antiquities.

Pollok Park was used as a location for the grounds of Castle Leoch in the Outlander TV series.
Another earlier castle lay on the southern bank of the White Cart Water, but was destroyed when the gardens of the house were laid out.
Beware of lack of road signs and do not expect a cup of coffee when lunch IS STILL BEING SERVED (until 15.00).