Borders: In Eyemouth, on minor roads to east of town, just east of Eye Water, by harbour, at Gunsgreen House. 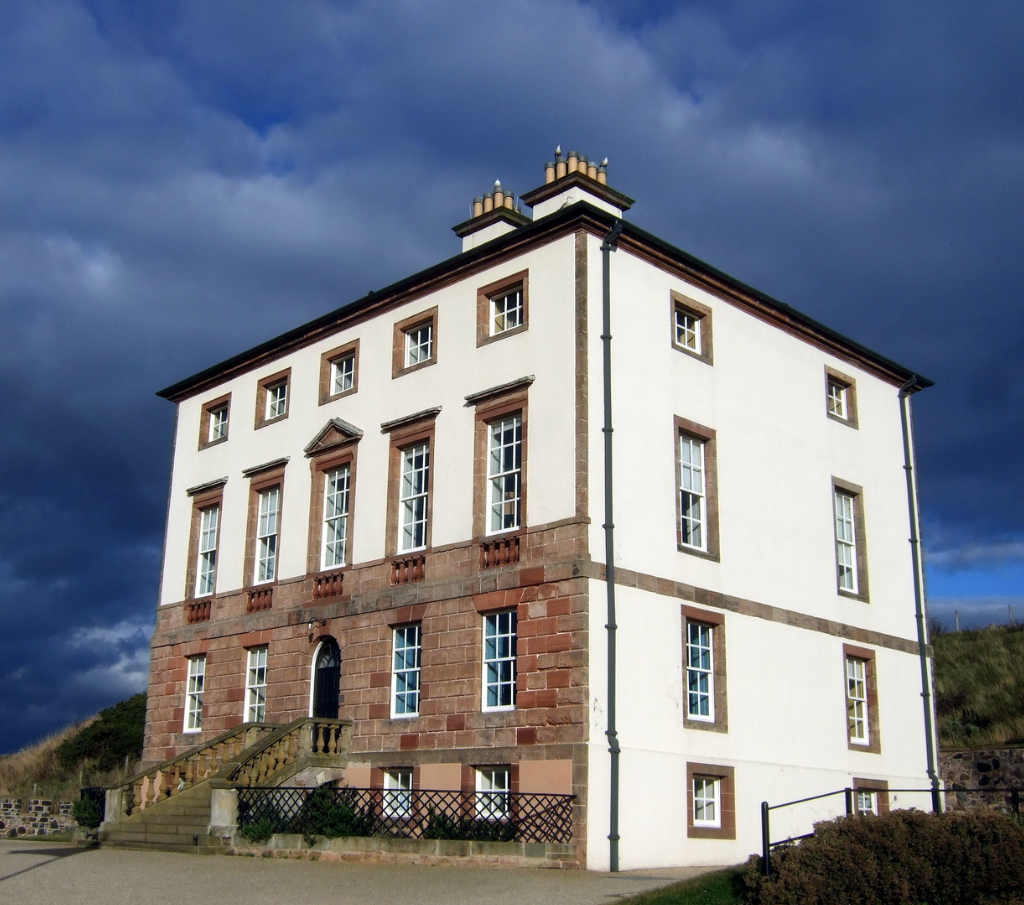 Site of tower house, marked on Blaeu’s map of The Merse as ‘Gunnsgreene’, although not apparently at the site of the present house. A tower is mentioned in 1836, but apparently built by Oliver Cromwell’s forces in the 1650s. Gunsgreen House is a fine but plain four-storey classical edifice, designed by John Adam in the 1750s. The house has an expansive basement. 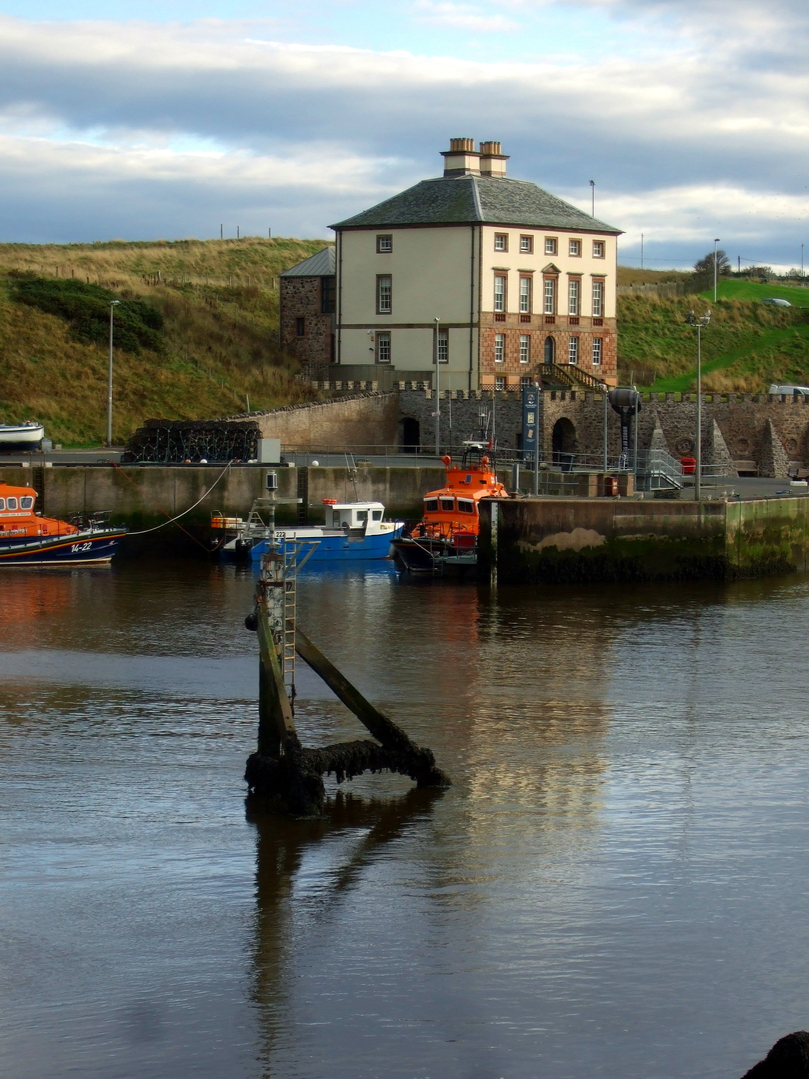 Gunsgreen was held by the Craw (or Auchencraw family) in the 17th century, and James Craw of Gunsgreen is on record at the end of that century. One of the letters, dated 29 July 1600, sent to James VI by Sir Robert Logan of Restalrig following the Gowrie Conspiracy, is from Gunsgreen. 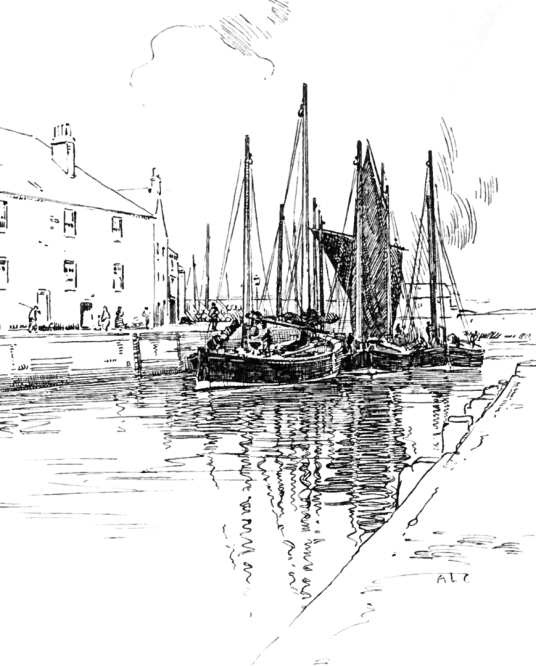 Gunsgreen House was built by John Nisbet in the middle of the 18th century, who was a merchant (and smuggler) in Eyemouth. He went bankrupt, the house being sold to another merchant and Nisbet's rival, Alexander Robertson. The lands had been sold to the Homes of Billie in 1764. The house passed through other families, was a popular guesthouse, then the clubhouse of Eyemouth Golf Club, but has since been restored and is managed by the Gunsgreen House Trust. 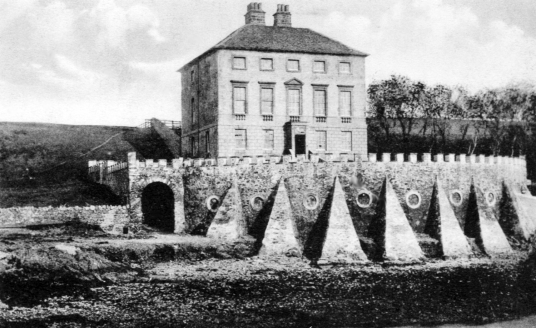 The building is said to be haunted, and there are reports of an apparition of a woman in a grey dress.

Eyemouth is a busy fishing port, and there is a museum in the attractive village.