Kincardine & Deeside: About 5 miles north-east of Aboyne, on minor roads south of A980 or north of A93, 0.5 miles south-west of Lumphanan, at Peel of Lumphanan. 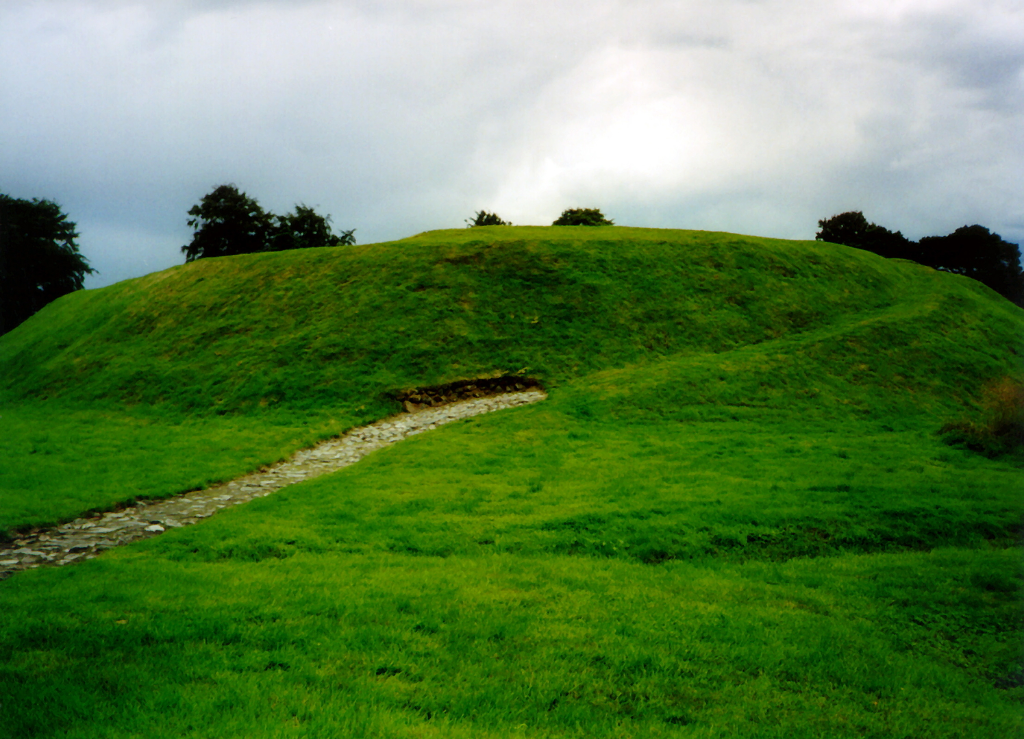 Site of 12th-century castle of enclosure, now consisting of a large but low motte with a wide ditch. It was enclosed by a strong stone wall. Halton House, a 15th-century block, was built on the motte and occupied until 1782. Nothing remains of this building except foundations.
The estate was held by the Durwards in the 13th century, and visited by Edward I of England in 1296. Lumphanan was a property of the Halkets in 1370, then of the Irvines. Thomas Charteris built the 15th century house after the lands and barony had been granted to him by James III in 1487. In the middle of the 17th century the property went to the Irvines.
It was at Lumphanan that Macbeth is believed to have been waylaid and slain by MacDuff in 1057. Macbeth’s Cairn [NO 578053] is where he is said to have been buried before his body was reputedly taken to Iona, and there is also a large boulder, Macbeth’s Stone [NJ 575034] near which he is said to have been killed, and Macbeth’s Well [NJ 580039], a spring from which he is believed to have drunk before his demise.