Lothians: A rock in the Firth of Forth, just over 1 mile north of Tantallon Castle, by boat 3 miles north-east of North Berwick, south-west of Rock, on the Bass Rock or The Bass. 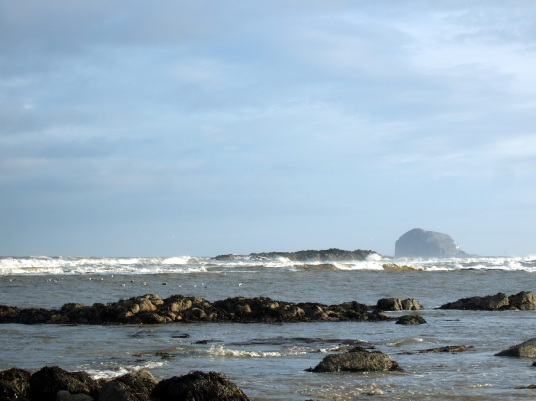 The Bass or Bass Rock: from North Berwick (© Martin Coventry)

The Bass, a huge rock in the Firth of Forth, was the hermitage of St Baldred, a saint who died here in 756. There are some remains of a chapel dedicated to him. ‘The Bass’ is marked on Blaeu’s map of The Lothians, then on Adair’s map of East Lothian. 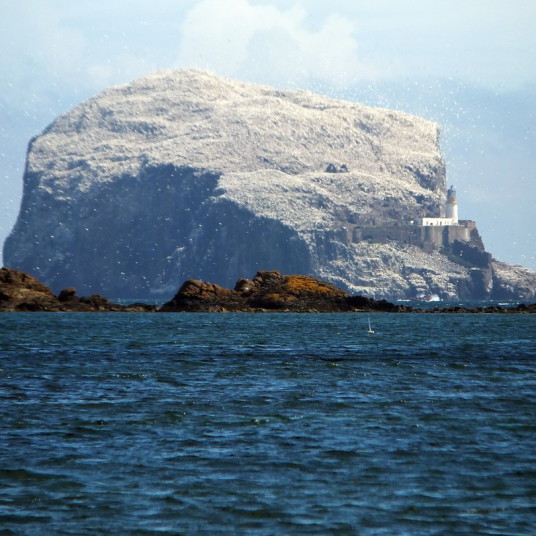 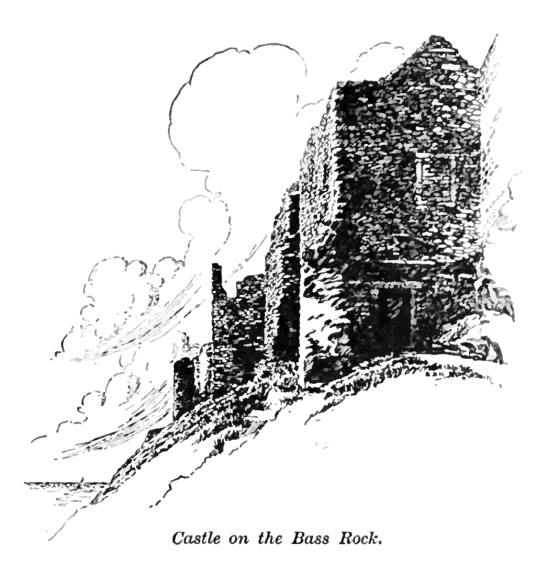 The Bass was a property of the Lauder family from 1318, who had their winter home at Tyninghame. A curtain wall of the 16th century and later, developed for artillery, was built near the only landing place. In 1567 Robert Lauder of the Bass supported Mary, Queen of Scots, at the Battle of Carberry Hill – but she was defeated. 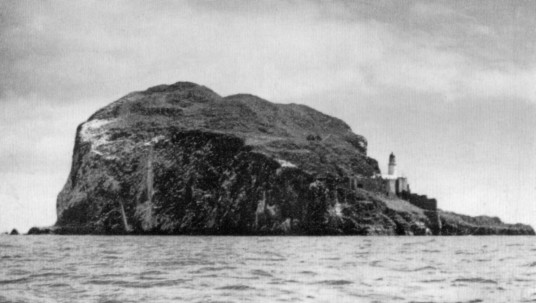 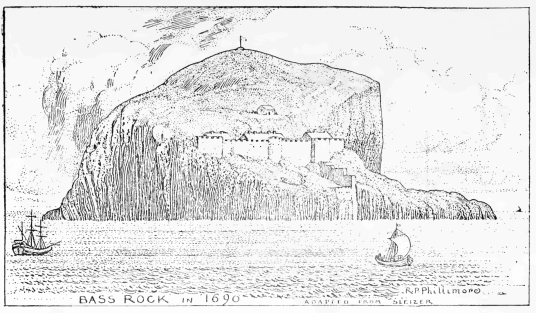 In the 1650s the castle was used to harry Cromwell’s supply ships. The Bass was sold to the Crown in 1671, and used as a prison for Covenanters. In 1691 four imprisoned Jacobite officers captured the rock, and held it for the exiled James VII for nearly three years. 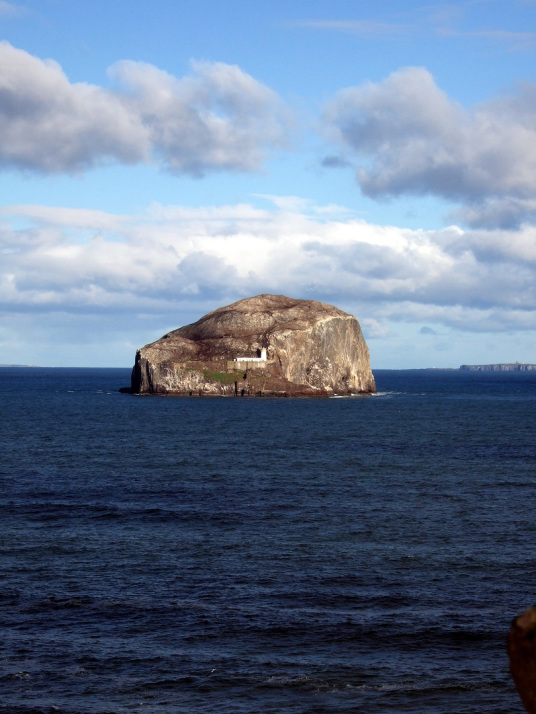 The Bass or Bass Rock: from Tantallon (© Martin Coventry) 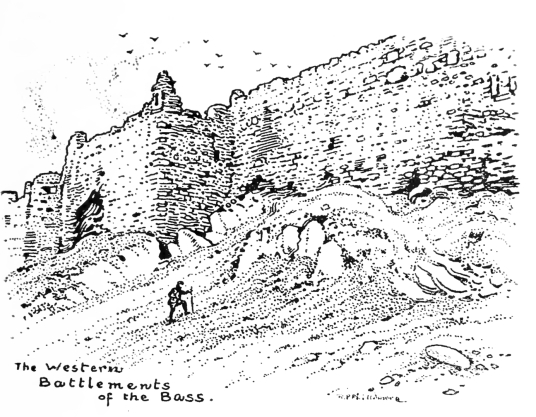 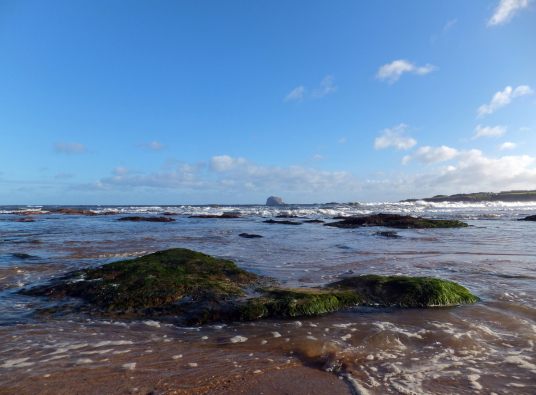 The castle was dismantled in 1701, but repaired when a lighthouse was built on the site of the Governor’s House in 1902. The Bass was held by the Dalrymples of North Berwick in 1706, who also owned Tantallon Castle.
The Bass Rock is home to many breeding colonies of seabirds, with more than 150,000 gannets.