Lothians: About 1 mile south of Pathhead, on minor road west of A68 or east of B6367, 1 mile east of Crichton village, at Crichton House. 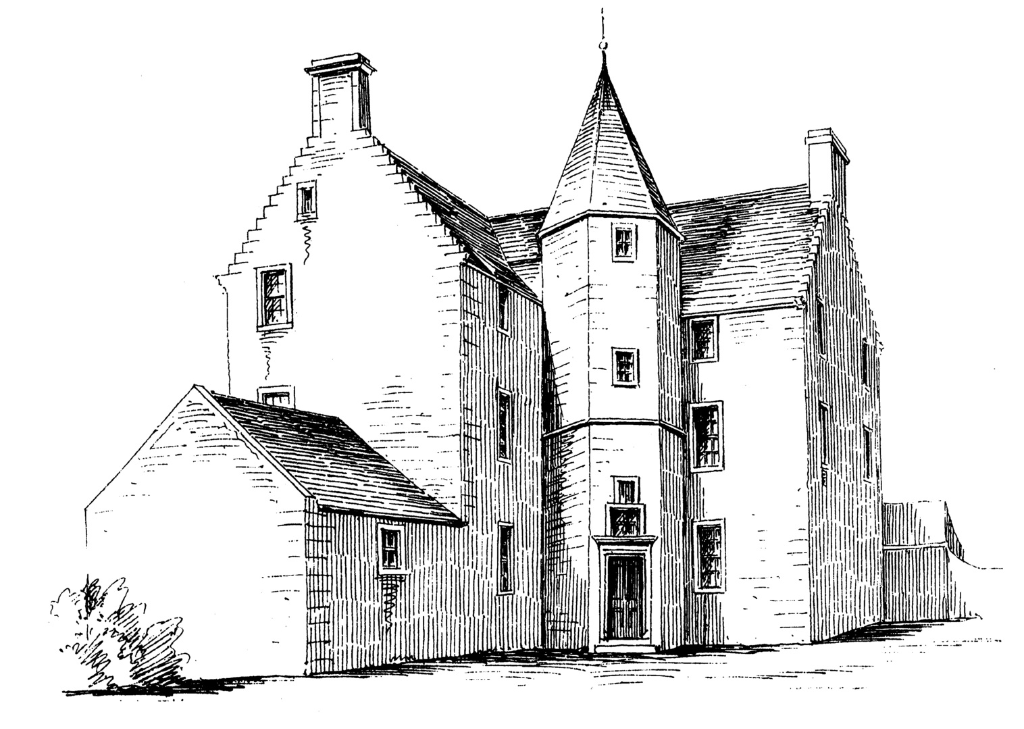 Crichton House is a plain L-plan building of three storeys and a garret, which dates from the 17th century. There is a semi-octangonal stair tower in the re-entrant angle, and the house was extended in the 18th century and altered later.
‘E. Crighton’ is marked on Adair’s map of East Lothian.
Crichton was held by the Crichtons, and then by the Hepburns, and then Stewart, Earls of Bothwell (see Crichton Castle). The property was sold to the Hepburns of Humbie around the beginning of the 17th century, then later went to the Callanders, who lived at Crichton House before moving to Preston Hall. The house was then used as a farmhouse, but has been restored and divided into two residences.