Kincardine & Deeside: About 4 miles north and east of Stonehaven, on minor roads west of A90 at Muchalls, 0.5 miles west of sea, at Muchalls Castle. 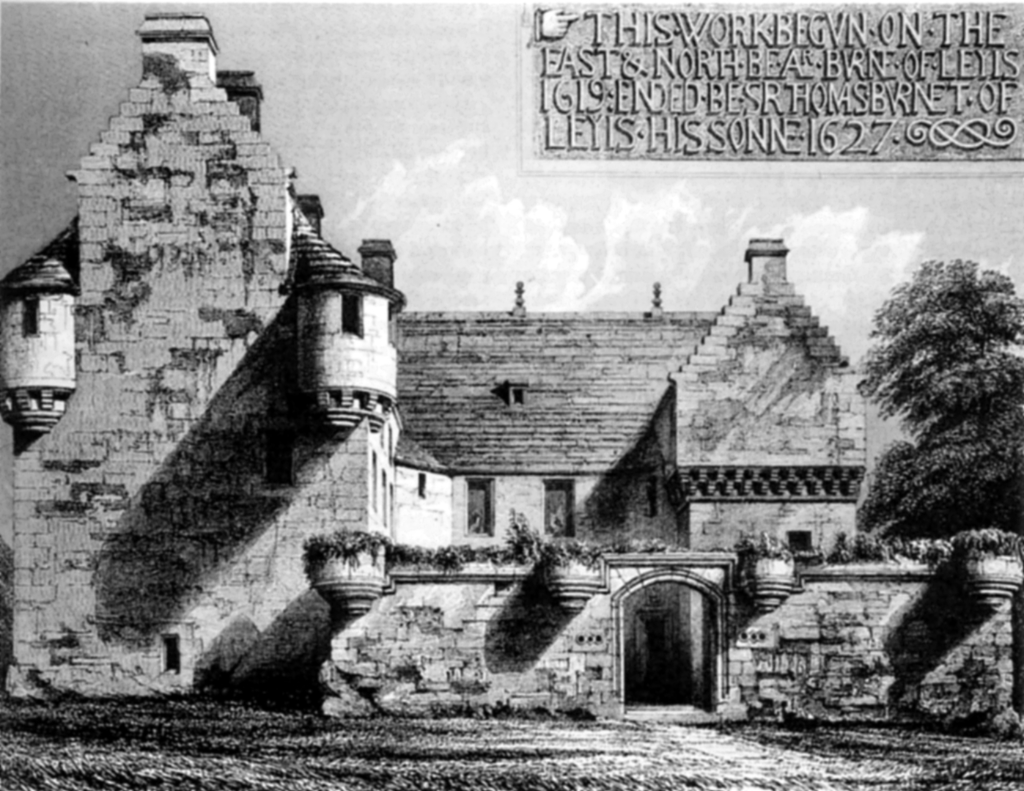 Standing above the sea in wooded policies, Muchalls Castle is an early 17th-century courtyard castle, incorporating older work from as early as the 13th century, and is little altered and well preserved. An L-plan block and curtain wall enclose the square stone-flagged courtyard. A semi-circular stair-tower stands in the main re-entrant angle, and bartizans crown many of the corners. The wing, housing the main stair to the first floor, is corbelled out to form a watch-chamber. The roof levels have been altered. The curtain wall has open rounds at the corners, and formerly had a parapet. Gunloops defend the entrance, and there is a stone with 1649 above the gateway into the courtyard. There is a square doocot [NO 891918], which has a vaulted basement and dates from the early 17th century. 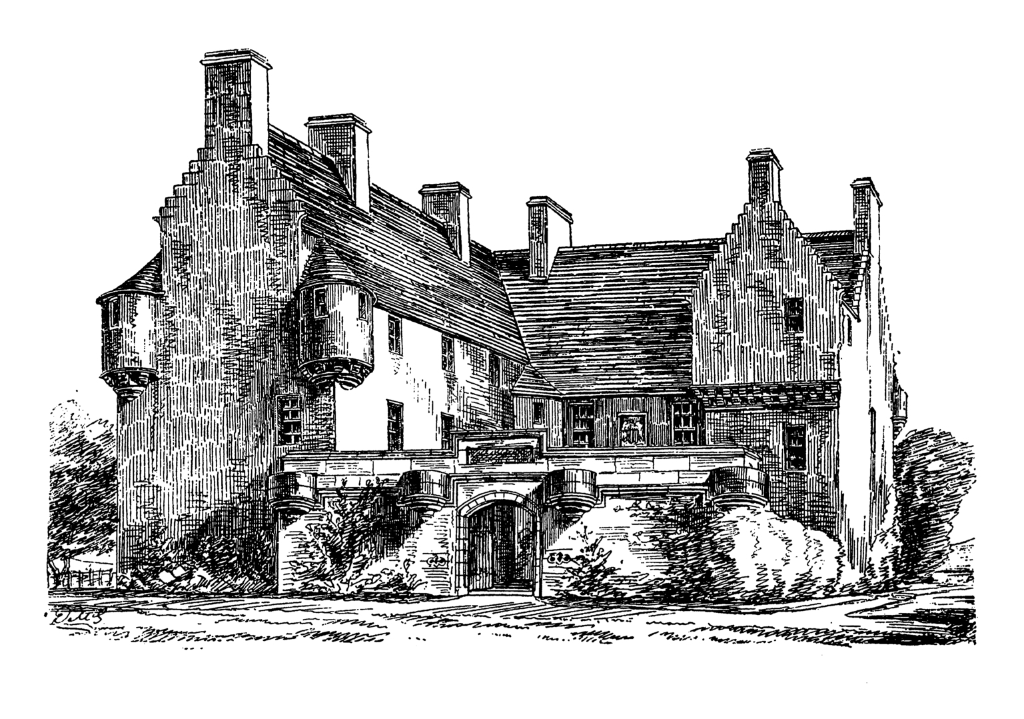 The entrance, at the foot of the wing, leads to the stair and to a vaulted passage opening into a groin-vaulted kitchen and cellars. The hall, on the first floor, is a fine chamber, and has a plaster ceiling, as well as a large fireplace and overmantel, dated 1624. Other chambers also have excellent plaster ceilings, believed to be the finest of their kind in Scotland. There is said to be a secret stair.
The place is marked on Pont’s map of Lower Deeside as ‘Muchols’.
Muchalls originally belonged to the Frasers, but was sold to the Hays in 1415 and Alexander Hay of Muchalls is mentioned in 1492. The property had passed by 1619 to the Burnetts of Leys, who built the castle here (and Crathes Castle as well). James VIII, the Old Pretender, stayed here in 1716 during the Jacobite Rising. The property later passed from the family in 1882 and went to the Robertsons, and was used as a hotel.
The castle was put up for sale in 1997 for an asking price of offers of more than £650,000. The building is in good condition and still occupied.
The castle is reputedly haunted by the ghost of young woman, a ‘Green Lady’, who is said to have been drowned in a cave, which formerly could be reached by a subterranean stair from the wine-cellar.