Fife: About 7 miles west of Dunfermline, in village of Culross, on minor roads north of B9037, on north side of Firth of Forth, at Culross Palace. 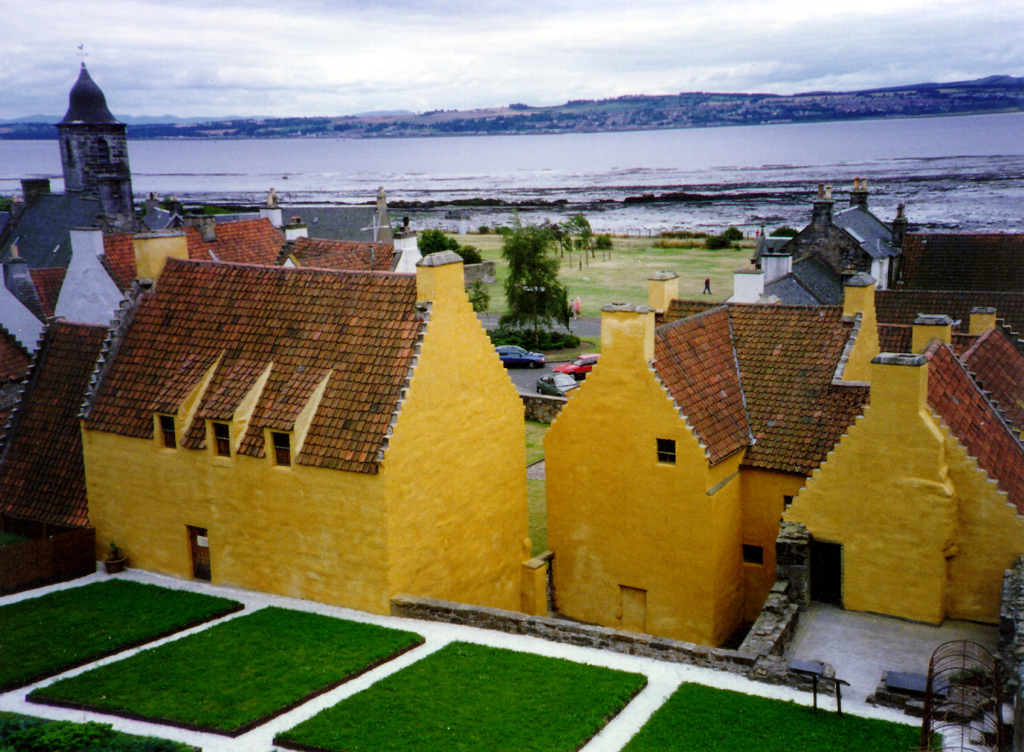 Set in the picturesque village of Culross on the banks of the Forth, Culross Abbey [NT 989862] was a Cistercian establishment, dedicated to St Serf and St Mary. It was founded in 1217 by Malcolm, Earl of Fife, on the site of a Celtic Christian establishment. The abbey was dissolved at the Reformation, and most of the buildings are ruinous, except the monk’s choir, which has been used as the parish church since 1633. In the church is the remarkable carved memorial to Sir George Bruce of Carnock and his family.

The remains of the domestic buildings are open to the public, as is the parish church. 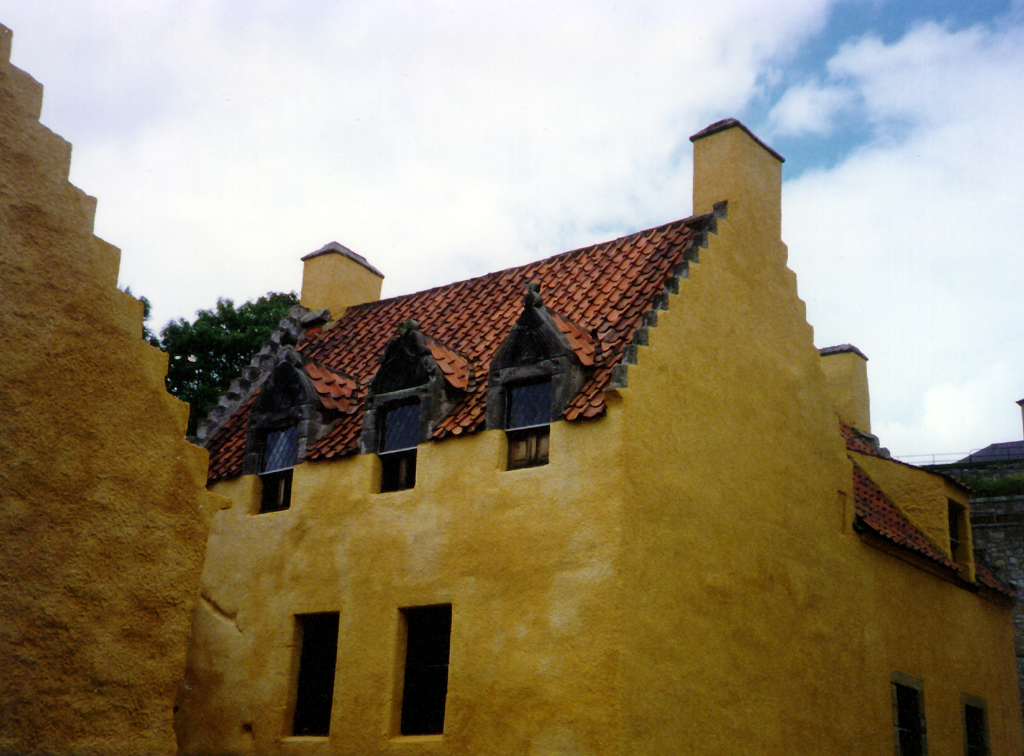 In 1589 the lands of the abbey were given to the Colvilles of Culross, and Sir James Colville of Easter Wemyss was made Baron Colville of Culross in 1604. Near the abbey is Culross Abbey House [NS 989862], which dates from 1608 and was built for Edward Bruce, Lord Kinloss. It was formerly an impressive building, but was ruinous about 1800. It was altered in 1830, and again in 1955 when much reduced in size. 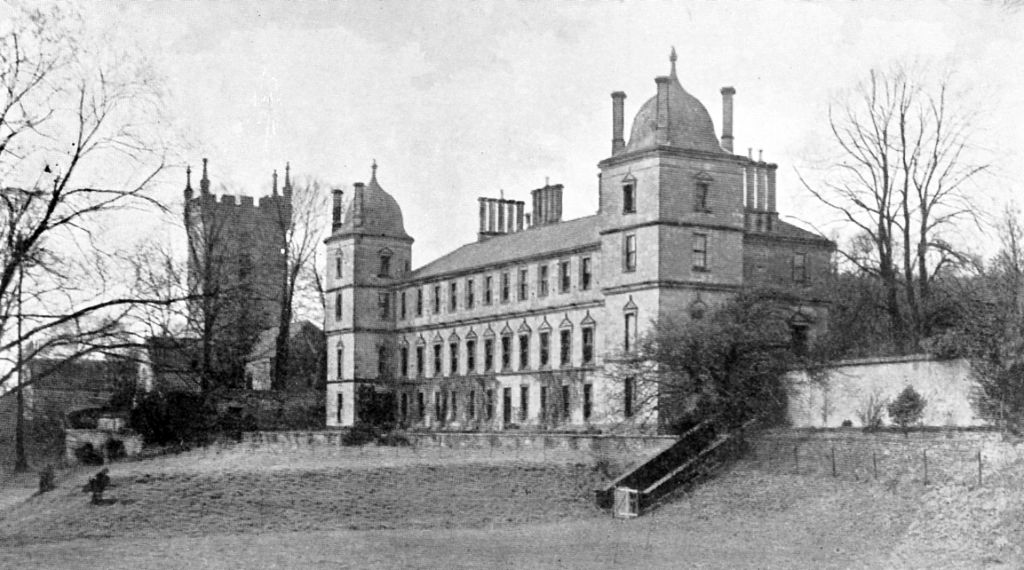 Culross Palace [NT 985860], although built between 1597 and 1611, does not apparently have any fortified features, although one range is vaulted and the basement is lit by slits. The complex consists of ranges of gabled yellow-washed buildings, with fabulous old decorative paint work and original interiors. There is an unusual steeply terraced garden. 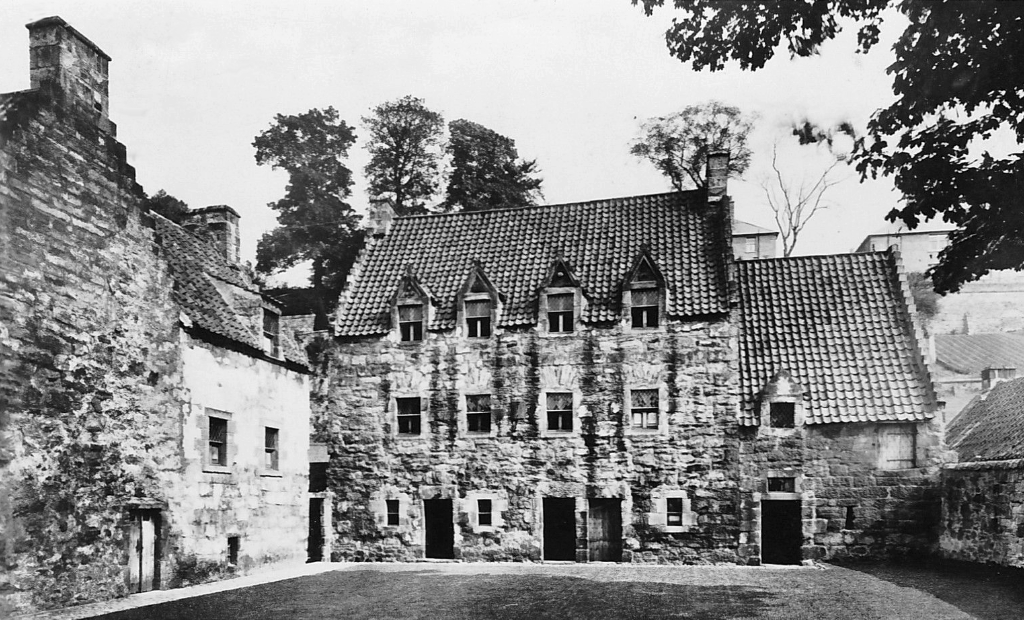 The Palace was built for Sir George Bruce of Carnock, who made a fortune from coal mining, but about 1700 it passed to the Erskines. The building has been carefully restored by The National Trust for Scotland.
The NTS has a visitor centre and exhibition in the Town House [NT 986859] of 1626, and the house of 1610, called The Study [NT 987860]. Many other 16th- and 17th-century houses survive in the narrow streets of this ancient royal burgh. 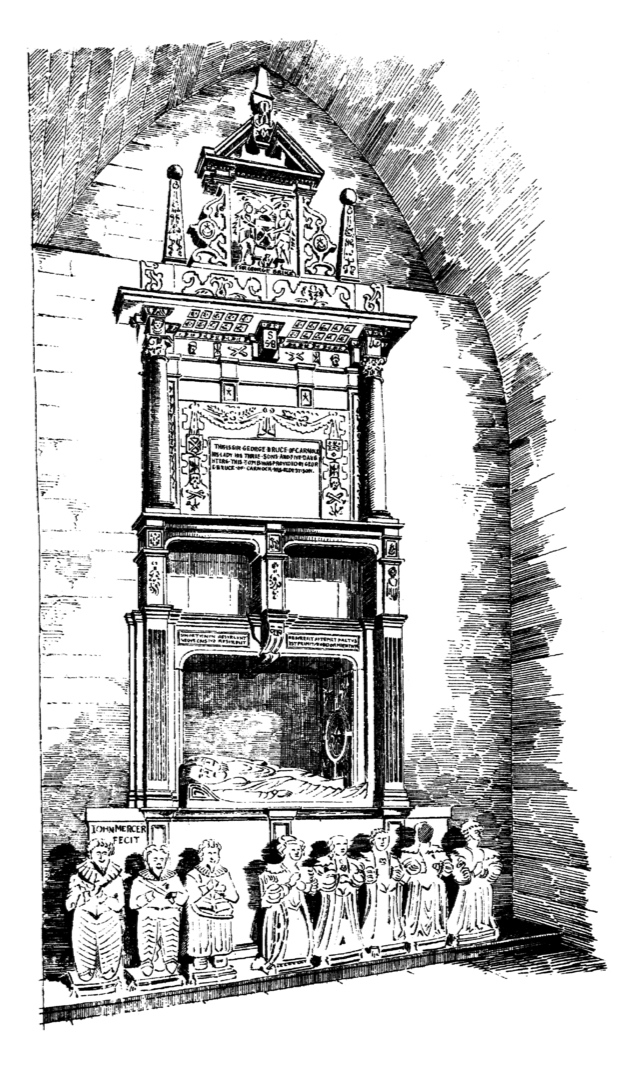 This was one of the locations for the 2000 film The Little Vampire, and the palace and village are used as Cranesmuir in the TV series Outlander, home to the doomed Geillis Duncan.
The village of Culross is said to be haunted by a ghostly piper, sent off to search an underground passage. He never returned but his pipes are said to still be heard. There are also some stories that the palace is haunted.