Borders: About 6 miles west of Kelso, on minor road south of B6397 west of Smailholm village, car park just west of Sandyknowe. 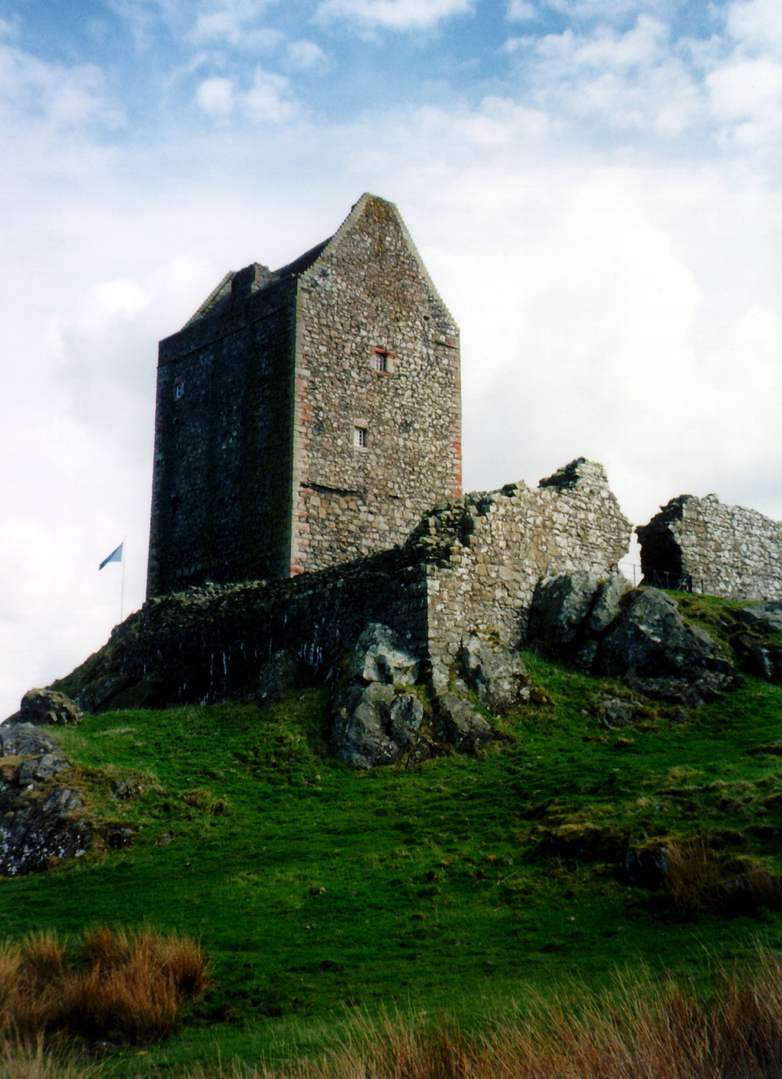 In a lonely and windswept spot, Smailholm Tower is a plain but well-preserved 15th-century tower house, rectangular in plan, of four storeys and a garret. It has a parapet on the two longer sides. The tower is roofed with stone slabs, supported by a vaulted top storey, and stood in a small walled courtyard enclosing ranges of buildings, including a chapel and kitchen. 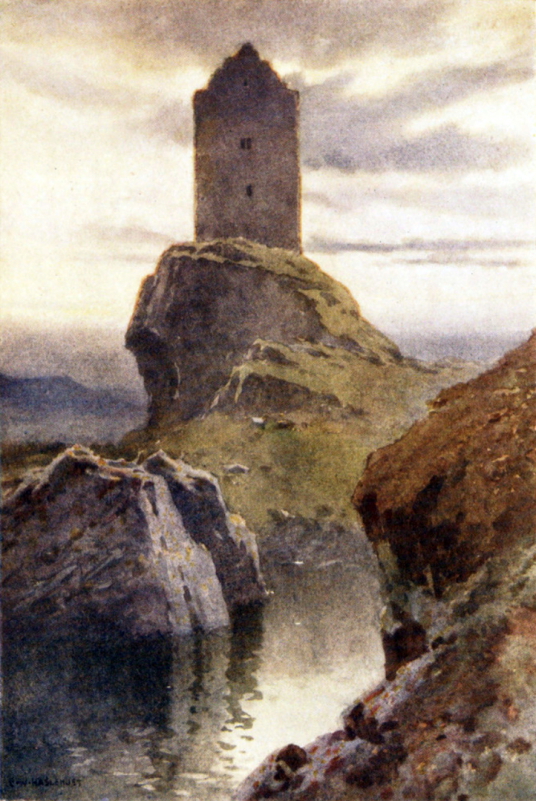 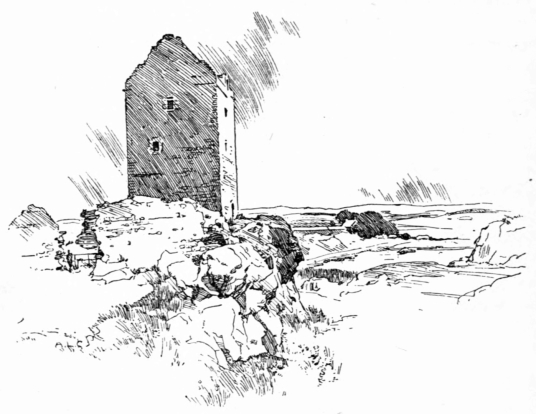 The arched entrance to the tower leads, through a lobby, to the vaulted basement, and to a turnpike stair in one corner. The hall, on the first floor, has a fireplace and two recessed window seats. The floor above was the laird's bedchamber, with further chambers above this. A ruinous hall and kitchen block were located within the barmkin, parts of walls of which survive. 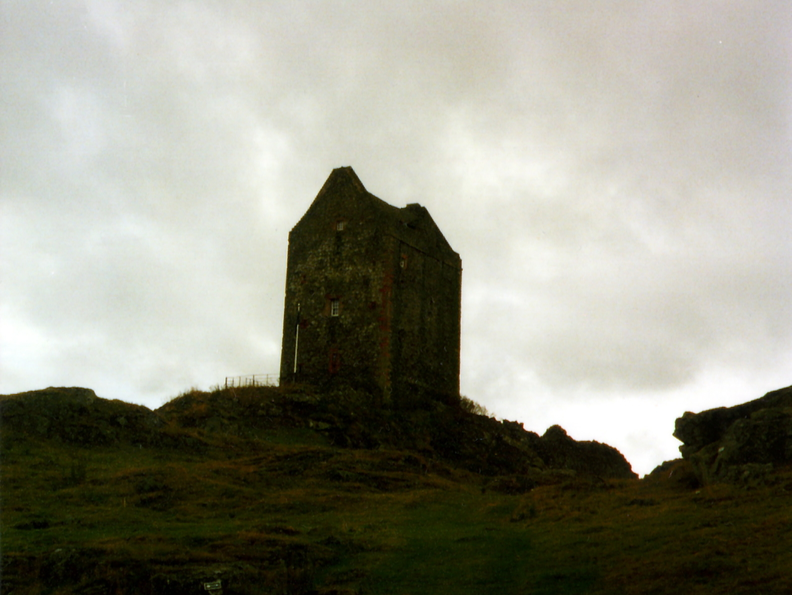 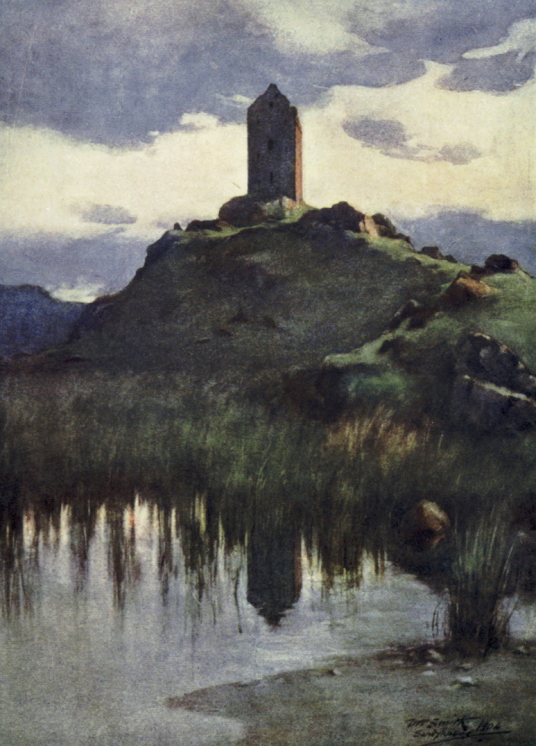 ‘Smelumcraig’ is marked on Blaeu’s map of The Merse, and is depicted as a tower on a hill.
The lands were held by the Smailholm family in the 12th century, but went to the Kerrs in 1404 before they acquired Ferniehirst. 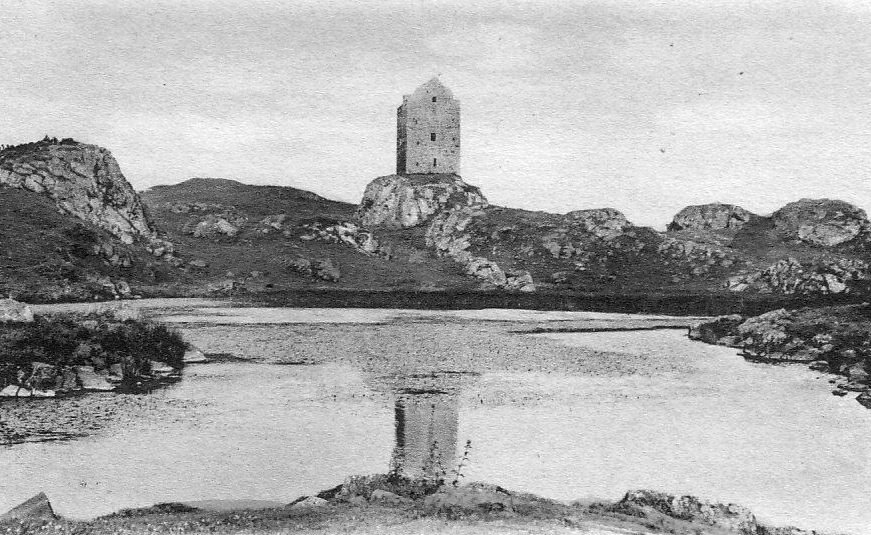 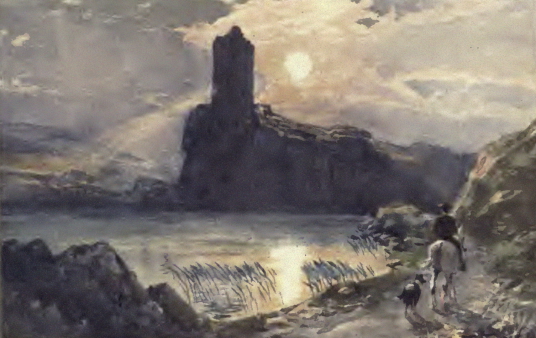 Smailholm was held by the Pringles from the middle of the 15th century, and the family had been squires of the Black Douglas family before the Douglases were overthrown by James II in 1455. David Pringle of Smailholm was killed, together with his four sons, at the Battle of Flodden in 1513. The tower was attacked by the English in 1543, and again in 1546, when the garrison of Wark made off with 60 cattle and four prisoners. The family had a burial vault in Melrose Abbey. 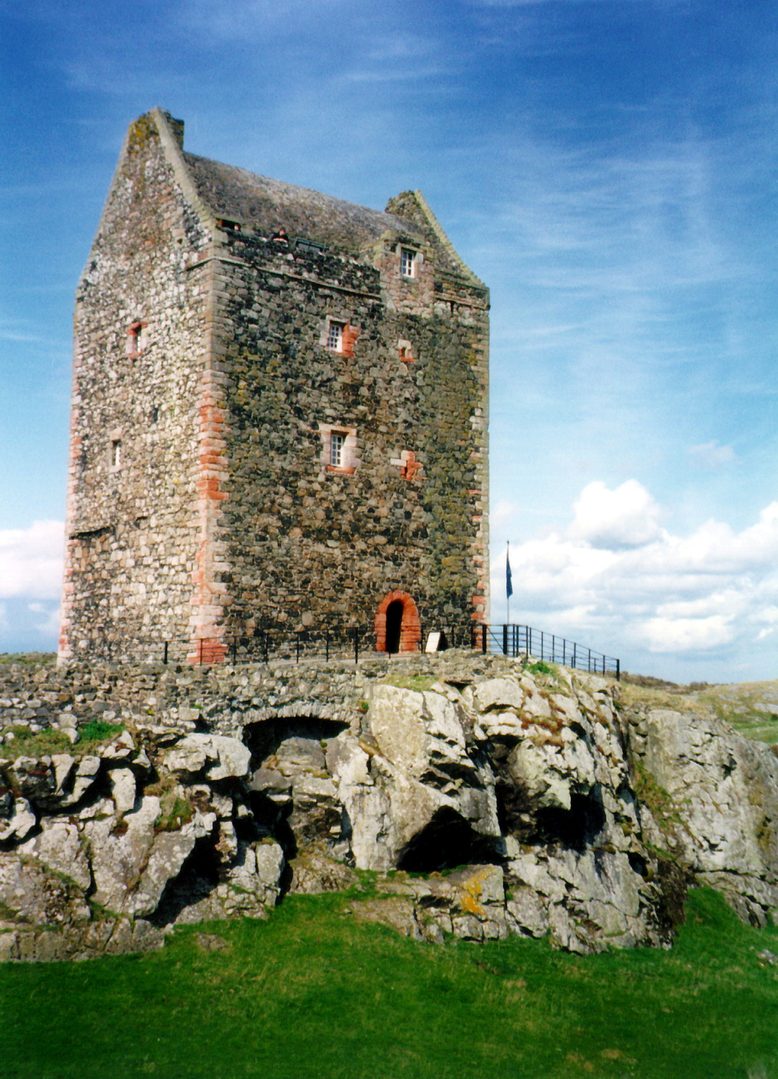 The property was sold to the Scotts of Harden in 1645, and the tower was abandoned about 1700 for nearby Sandyknowe. Walter Scott came here as a boy as his grandfather held Sandyknowe and Scott suffered from ill health. He also visited just before his death in 1832 and is buried in Dryburgh Abbey. 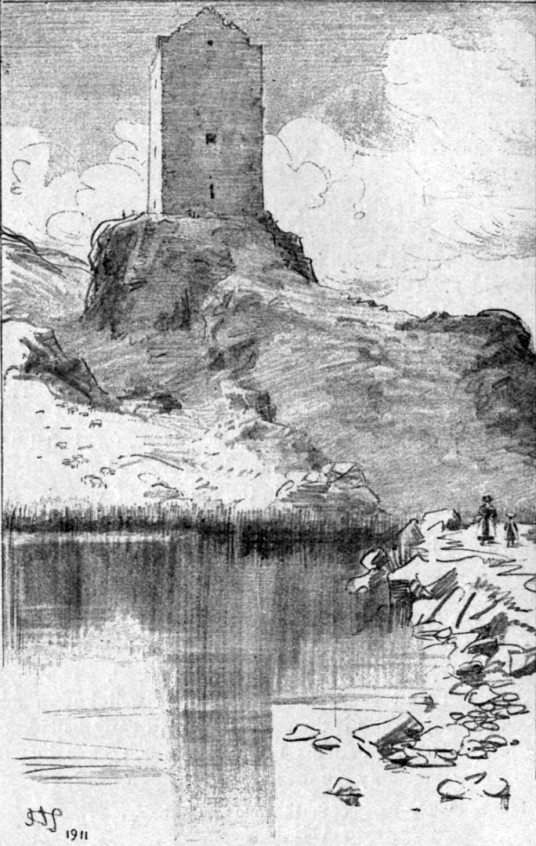 The tower has an exhibition of dolls illustrating some of the Border ballads from Scott’s Border Minstrely. Scott’s own house was at Abbotsford.