Argyll & Dunbartonshire: About 6 miles south and west of Dunoon, on minor roads west of A815, north-west of Castle Toward, at or near Castle Toward.

Site of tower house, which is marked on Pont’s map of Dunoon and Inveraray as a substantial tower with a courtyard, although the name is difficult to decipher.
This was a property of the Campbells, and stood near to Toward Castle. In the 1820s, a new castellated mansion, Castle Toward [NS 115682], near the site of Auchavoulin, was built by the architect David Hamilton for Kirkman Finlay, Lord Provost of Glasgow, who had bought the lands in 1818. 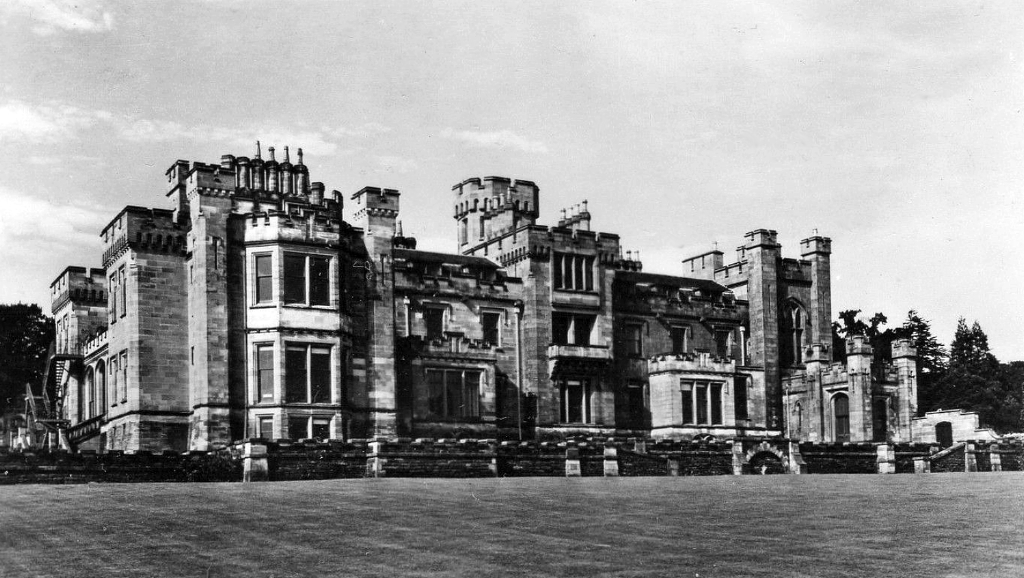 The property was later held by the Coats family of Paisley, but was used by the Navy during World War II, and Winston Churchill is believed to have done some of the planning for D-Day here. The property was purchased by Glasgow Corporation, and was used as an outdoor education facility, but but this was closed in 2009 and the house was put on the market. The BBC TV series Raven was filmed here.
Castle Toward is said to be haunted, including by disembodied voices and the apparition of a lady.