Fife: In Dunfermline, on minor roads south of A907, short distance north of Dunfermline Abbey, 21 Maygate, at Abbot House. 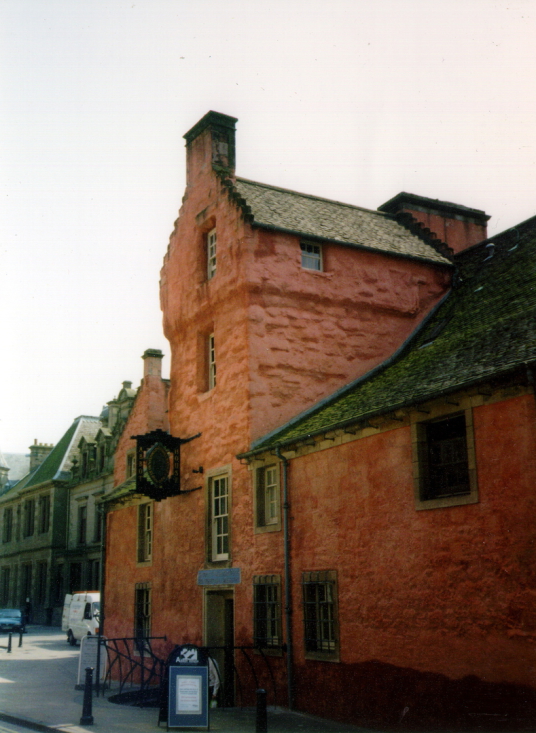 Abbot House is a fine pink-washed 16th-century or earlier town house of two storeys and an attic, with two taller projecting stair-towers. There is a small corbelled-out turret in one re-entrant angle, and a later extension. The building has corbiestepped gables, and stands in an attractive location near to the abbey. 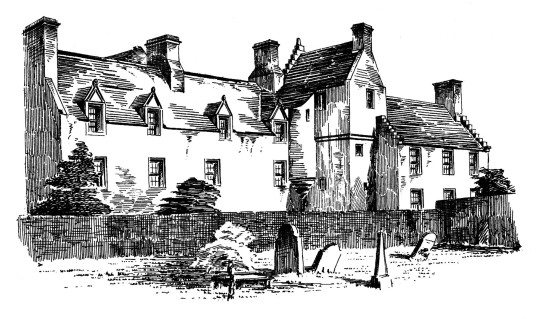 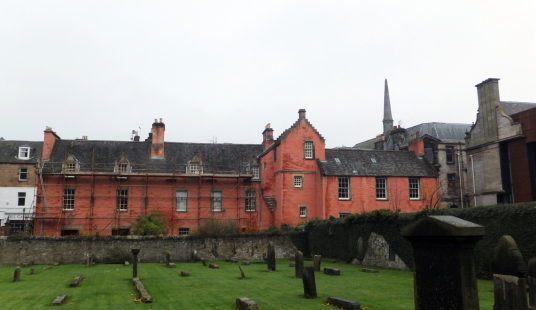 Abbot House was used by the commendators of Dunfermline Abbey, including by Robert Pitcairn, who probably built or remodelled the house. The abbey property soon passed to the Seton Earls of Dunfermline (also see Dalgety and Fyvie), then went to Captain James Stewart, Earl of Arran, while other owners included the Master of Gray, the Gordon Earl of Huntly, and Anne of Denmark, wife of James VI.

The building was open for many years as a visitor attraction and cafe, but this closed due to financial difficulties and although plans are afoot to reopen the house so far this has not happened. 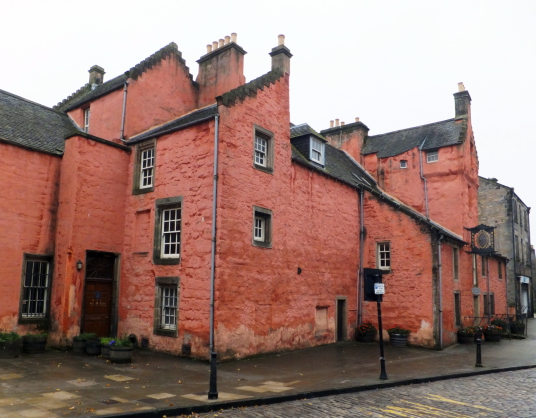 The building is said to be haunted by the ghost of a monk, footsteps and the rustle of a robe reputedly having been heard on the main staircase.