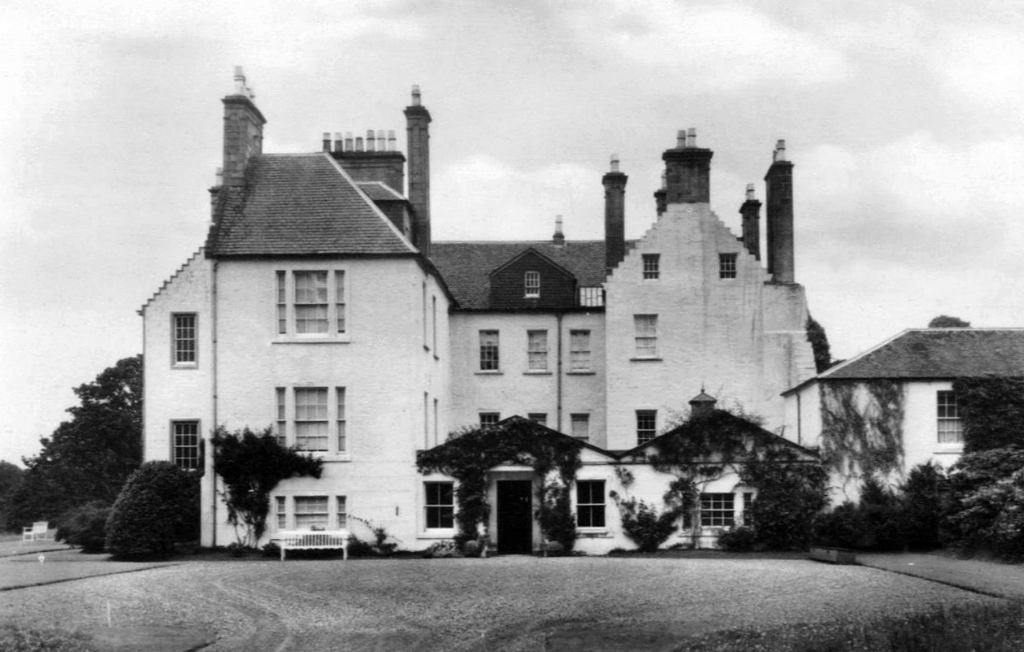 Nothing remains of Bargany Castle, which consisted of a tower house enclosed by a courtyard with four-storey corner towers. The castle was demolished to build the nearby 17th-century mansion of Bargany. Standing in seven acres of gardens and grounds, this is an attractive edifice of three storeys, itself possibly incorporating a fortified house. Much of the original plasterwork survives. The house became derelict, but was renovated in the 1980s.
‘Bargeny Cast.’ is prominently marked as a substantial castle with a large tower on Blaeu’s map of Carrick. 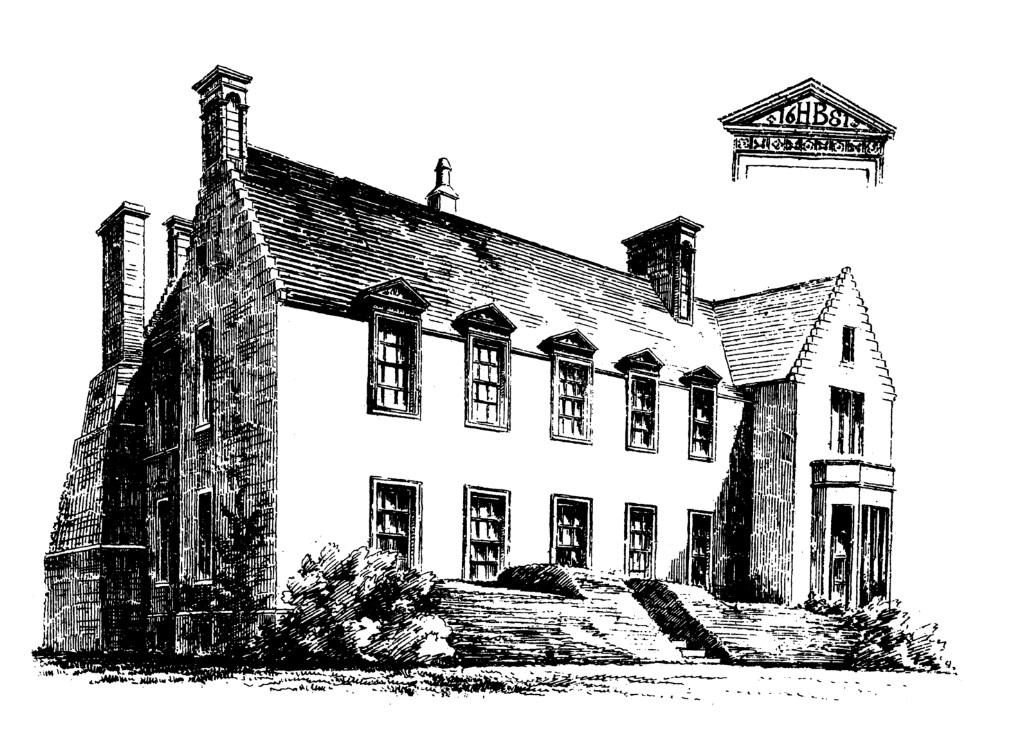 The property was held by the Kennedys from the 15th century or earlier, and Gilbert Kennedy of Bargany is on record in 1473. In 1570 Thomas Kennedy of Bargany rescued Allan Stewart, commendator of Crossraguel Abbey, from Dunure Castle after the Gilbert Kennedy, Earl of Cassillis, had had Stewart tortured to try to gain the lands of the abbey, starting a feud. Gilbert Kennedy of Bargany, Thomas’s son, was murdered by the Earl of Cassillis in 1601 in a further dispute about lands (see Brunston). And that was the not the end of it (see Auchendrane).
Bargany was sold to the Hamiltons because of debt about 1630, and John Hamilton, Lord Bargany, is on record in the 1640s. The present house was built in 1681 for the Hamiltons, later Dalrymple Hamiltons, then later Earls of Stair. The property was put up for sale in 2013 for £1,850,000.
One of the rooms at Bargany was reputedly haunted.
There are 50 acres of woodland gardens, part of a designed landscape of the Bargany estate.
The Dalrymple Hamiltons have a burial vault in the old church at Old Dailly [NS 225993], where there are some old gravestones. The church, dedicated to St Michael or St Machar, was abandoned in 1696.